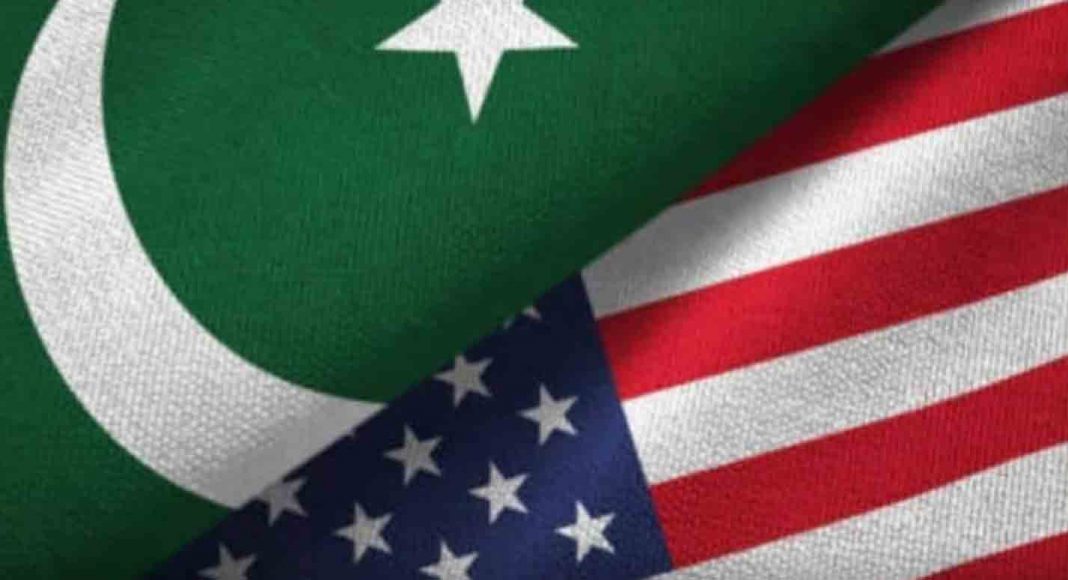 FO Spokesperson: Islamabad has always asked the rest of the world to do its part to help make peace in the region.

Friday, Pakistan said it wouldn’t mind if the US stepped in to help end the standoff between Pakistan and India over the Kashmir dispute, which has been going on for decades.

Foreign Office Spokesperson Mumtaz Zahra Baloch told reporters at a weekly briefing in Islamabad, “We would welcome the international community to play their role in promoting peace in the region, including in facilitating dialogue and resolution of the core dispute between Pakistan and India, i.e. the Jammu and Kashmir dispute.”

She was answering a question about Masood Khan, the Pakistani ambassador to the U.S., and a recent statement he made in which he said the U.S. might be able to help end the Kashmir conflict.

Past tensions between the two nuclear-armed neighbors were eased by Washington. Bush’s administration mediated a ceasefire agreement in 2003 to free Musharraf’s government to concentrate on counterterrorism efforts.

In recent years, however, the United States has taken a more reserved tack, choosing to stay out of the fray between Pakistan and India.

When asked if Indian Prime Minister Narendra Modi might visit in April 2021, a Foreign Office spokesperson declined to address the rumor.

Meanwhile, Foreign Minister Bilawal Bhutto Zardari will be in attendance at the annual meeting of the World Economic Forum (WEF) from January 16–20, 2023, in Davos, Switzerland, at the invitation of WEF President Klaus Schwab. Minister of State for Foreign Affairs Hina Rabbani Khar will join the foreign minister on this trip.

The minister of foreign affairs and the minister of state will attend several events at the World Economic Forum (WEF), focusing on pressing international and regional concerns. Every year, world leaders in politics and business convene at the World Economic Forum to discuss ways to address pressing societal, ecological, and economic issues. The topic of “Cooperation in a Fragmented World” has been chosen as the driving force behind the planning of this year’s Forum.

The economic and social impact of the changing geopolitical realities, as well as the threats to the region’s security and stability, will be discussed by FM Bilawal on behalf of Pakistan. Climate change, food and energy security, and social vulnerabilities in times of high inflation and slowing economic activity will all be focal points of his talk, with an emphasis on the developing world’s perspective.

Attending dignitaries, such as heads of state, corporate executives, heads of international organizations, and prominent members of the media and civil society, will meet with the foreign minister and minister of state.

Sajjad Ahmed - March 12, 2021
Sri Lanka will ban the wearing of the burqa and shut more than a thousand Islamic schools, a government minister said on Saturday, the...