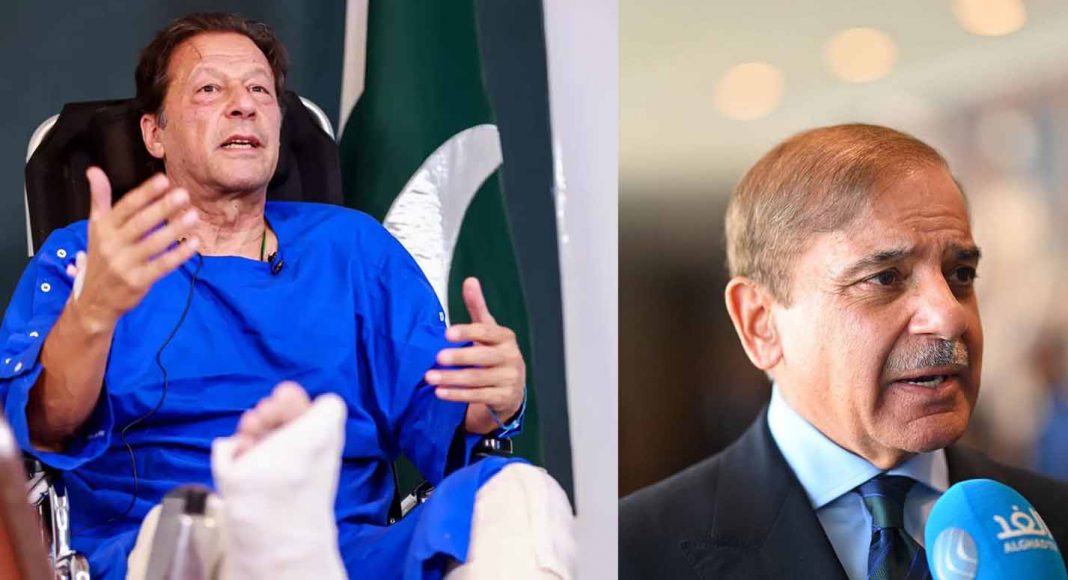 Shehbaz Sharif asks the Chief Justice of Pakistan in a formal letter to set up a commission of judges to look into the attack.

This is the second letter asking Chief Justice Umar Ata Bandial to convene a judicial commission in as many days. Earlier, PM Sharif asked for a group of judges to be put together to look into how veteran journalist Arshad Sharif died in Kenya.

The premier wrote that the available Supreme Court (SC) judges will form a panel to investigate the shooting of Imran Khan. Some inquiries should serve as the basis for the commission’s investigation.

How did the Pakistan Tehreek-e-Insaf (PTI) ensure the safety of its long march?
How were people protected during the long march, and what steps were taken?
I need to know the specifics of what happened.
When reports mention multiple shooters and further gunfire, what evidence supports these claims?
How many people have been hurt, and what kinds of injuries have they sustained?
When conducting investigations, do law enforcement and government officials follow a particular protocol?
How did government agencies and law enforcers coordinate their efforts to gather evidence?
What are the limitations and weaknesses if none of the aforementioned solutions are implemented?
What steps have been taken to fix the problem by the responsible administrative officers, institutions, and officeholders?
Is there anything that’s been made more difficult than it needs to be in order to get to the bottom of what happened?
What factors are obstructing the probe, and what could be causing them to do so?
Was that a planned assassination attempt on Imran Khan’s life, or just someone’s footfall?
What factors underlie each of these two states of affairs?

The premier wrote that the federal government would be appreciative if their plea to establish the rule of law was carried out. Further, he guaranteed the judicial branch of his government’s full support in its efforts to realise these ends.

A state of agitation, according to PM Shehbaz Sharif, has spread across the country following the shooting at the long march led by Imran Khan in Wazirabad.

The risks of violence and turmoil in the state, he said, are being broadcast on Pakistani and worldwide media, and PTI leaders are making incendiary comments. Threats to international stability and domestic security have been ratcheted up, he said.

The premier told the CJP that the Punjab government, which is run by the PTI, didn’t do a good job of looking into the shooting because an FIR wasn’t filed until 72 hours after the incident.

Even though the container was the intended target and many people were hurt, Prime Minister Sharif said it was too bad that the crime scene wasn’t sealed off and the container wasn’t taken into custody for a forensic investigation.

I have written 2 letters to Chief Justice of 🇵🇰 with a request to form judicial commission to investigate Arshad Sharif’s killing & attack on Imran. These unfortunate incidents are being used to make false allegations, spread chaos & undermine institutions. Let truth b determined

Also, the PTI chairman was brought to a private hospital in violation of the lawful medicolegal procedure, hence, no report was filed, he said. The premier has said that the procedures implemented following the tragedy have raised suspicions that the testimony was manipulated.

Even though the federal government had already sent a letter to the provincial government about their concerns, the provincial leader has said that breaking the rules for how to do an investigation and gather evidence shows that it was done on purpose.

He went on to say that under the watchful eye of the Punjab and Khyber Pakhtunkhwa (KP) administrations, violent attacks were being carried out and that a campaign of false accusations and defamation was being waged against the country’s governmental institutions.

The prime minister begged the SC to reveal the truth and identify those at fault. He went on to say that the Supreme Court has always been pivotal in upholding the Constitution’s preeminence and the rule of law.