The ICC has announced IPL Team of the Decade rather than world cricket, said former speedster Shoaib Akhtar while expressing his displeasure over Pakistan players’ absence from the T20I squad. 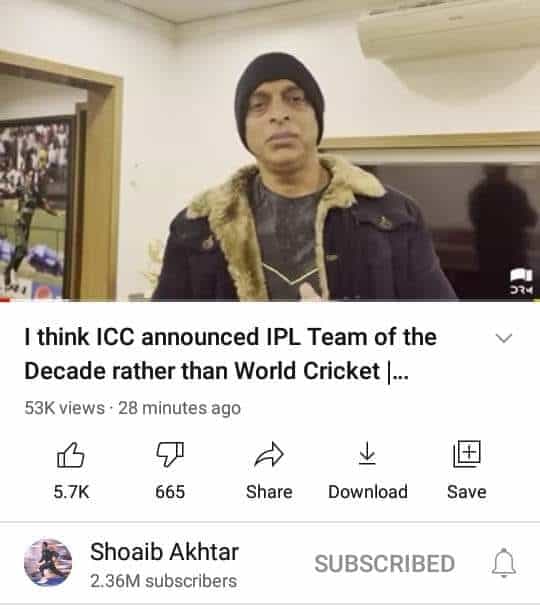 Akhtar said that Babar Azam, currently ranked No.2 batsman in the shortest format, should’ve been named in the T20I Team of the Decade. Babar was sitting at the first position in ICC T20I batsmen rankings before Dawid Malan overtook him recently. Interestingly, not a single Pakistan player has been included in any of the Team of the Decade sides.

Slamming the ICC over its recent decisions, Akhtar further said, “ICC has destroyed world cricket and no fast bowler is rising through the ranks due to the game shifting in the favour of the batsmen. If ICC’s motive was only money, rights and sponsorships, they should’ve told it beforehand.” 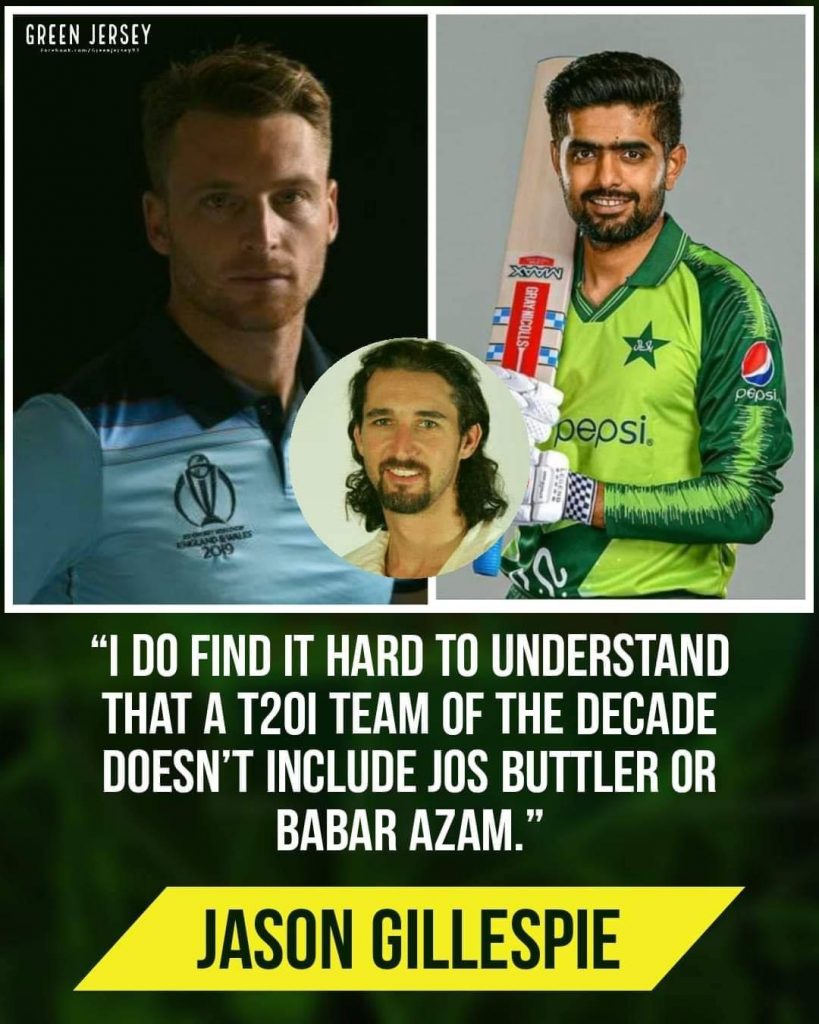 “The ICC  has materialized the game and started a dozen of leagues. The ICC only wants World Cups every three years and several leagues happening around the globe,” concluded Akhtar.

Also in Test Team of the decade we have no Pakistani Player Included. 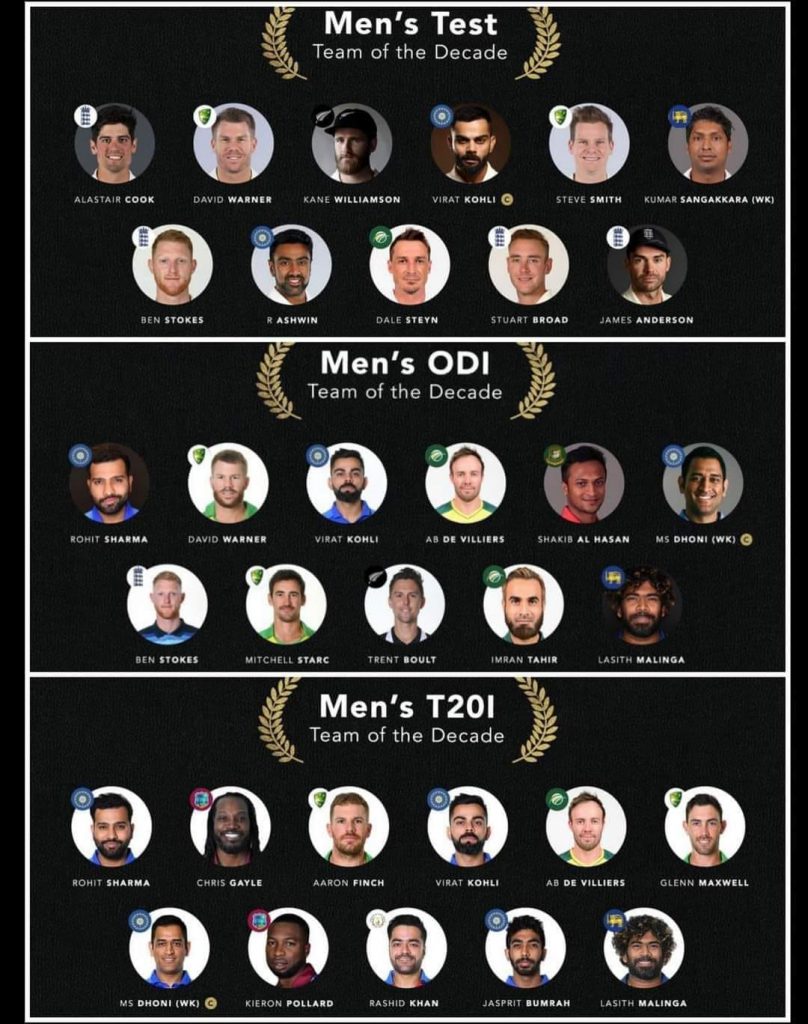 ICC ODI & T20 Team of the Decade Award: The International Cricket Council (ICC) on Sunday announced the men’s and women’s T20I teams of the decade. Former India captain MS Dhoni has been named the captain of both men’s T20I as well as ODI Team of the Decade.

The ICC T20 team of the decade also features the likes 3 other Indian cricketers Virat Kohli, Rohit Sharma, and Jasprit Bumrah among others.

The ICC Men’s ODI Team of the Decade: