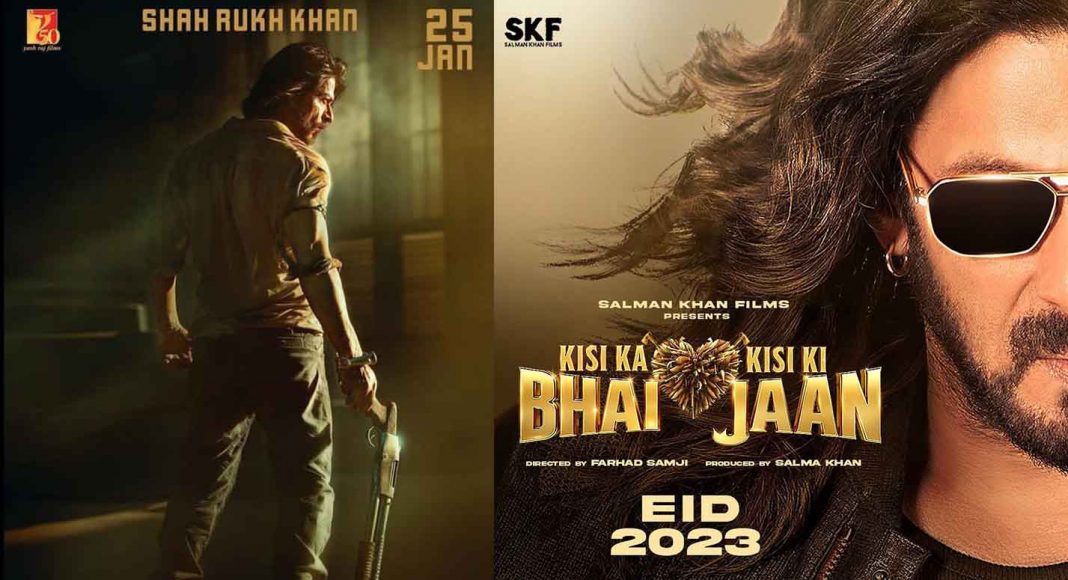 Eid has, over the years, become virtually interchangeable with Salman Khan movies. Dabangg, Bodyguard, Ek Tha Tiger, Kick, Bajrangi Bhaijaan, Sultan, Race 3, and Bharat are just some of Salman Khan’s box office smashes that have opened during this holiday weekend during the past decade. The omission of a Salman Khan film from the festival in 2022 caused a stir among industry professionals and festival-goers alike. This year, Salman Khan’s next film, Kisi Ka Bhai Kisi Ki Jaan, will be released on the Eid weekend, exactly four years after Bharat. After wrapping up filming, the crew is now focusing on post-production.

Pathaan is said to include a trailer for Kisi Ka Bhai Kisi Ki Jaan
Given that Shah Rukh Khan’s action-packed movie Pathaan will also be in theatres on January 25, the teaser is likely to debut with it. Tiger, aka Avinash Singh Rathore, played by Salman Khan, makes a cameo in Pathaan. Kisi Ka Bhai Kisi Ki Jaan stars Pooja Hegde, Venkatesh, and Jagapathi Babu, and is directed by Farhad Samji. It’s being billed as a comedic action flick centered on a powerful Indian family.

Additionally, Salman Khan’s comeback to the big screen in a fully realized character follows his appearance in Dabangg 3 (2019), but he did have another release, Radhe, on digital media in 2021. Salman will next be seen in Tiger 3, which adds to the YRF Spy Universe and will release after Kisi Ka Bhai Kisi Ki Jaan. In Tiger 3, set to premiere on Diwali in 2023, he will reunite with Katrina Kaif. Actors are currently reviewing screenplays in order to secure their 2024 schedule.

Sajjad Ahmed - October 24, 2020
Pakistani rupee continued its appreciation against the US Dollar in the interbank market as it regained Rs. 1.12 against the greenback during the current...