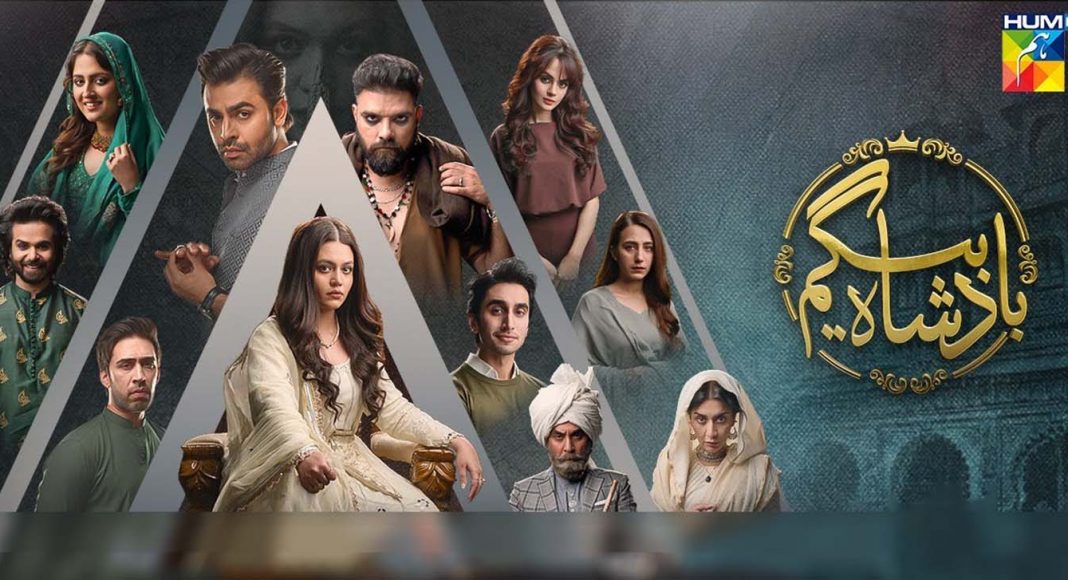 The Badshah Begum trailer has gotten a lot of attention because of its strong focus on female characters. Despite its historical setting, the period play promotes the emancipation of women.

We now get a peek at the whole cast of Badshah Begum, which is currently in development.

In the works for some time now, the period piece is now ready to be released. A web series was predicted, but now we’re getting a television drama serial.

Faysal Quraishi was formerly slated to portray the antagonist in the series, while Iman Aly was previously slated to play the protagonist. Yasir Hussain or Farhaan Saeed, on the other hand, seem to be seizing the reins.

“The majority of television dramas are based on a few families.” The action of the novel takes place in many residences. This series, on the other hand, gave us a lot of freedom to explore the settings. “The food we had while filming was incredible!”

The actors and crew spent four months filming the historical drama in Larkana. What are you most excited to see next in the television drama? Please let us know in the comments section.

Web Desk - January 19, 2019
LAHORE: Keeping up the tradition of the last three seasons, the Pakistan Super League is set for another grand opening ceremony. The Dubai International Stadium will...