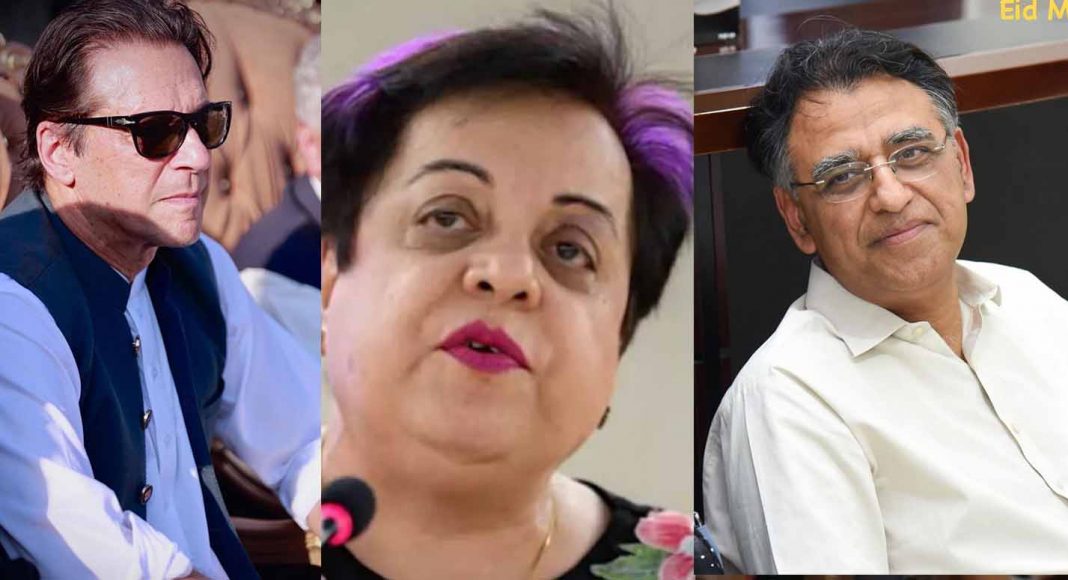 Another PTI cypher-related audio recording was leaked, and this time the message was, “Brand them traitors for life.”

What we have done has created an impact. Now our strategy is to brand and spoon-feed the public on Mir Jafar, Mir Sadiq, says Imran.

On Friday, what is thought to be leaked audio of Pakistan Tehreek-e-Insaf (PTI) Chairman Imran Khan talking about the cypher with party leaders Asad Umar and Shireen Mazari was posted on social media.

In the 1:03 audio clip, which was leaked by an anonymous hacker, Asad is heard saying that the letter (cypher) issue should have been raised a week or 10 days earlier. When asked about the letter’s effect, Imran Khan said it was global.

We’ve made an impression, so now we’ll be branding and spoon-feeding the public about Mir Jafar and Mir Sadiq. The groundwork has been laid in their (the public’s) minds for acceptance. Traitors must be permanently marked, Imran is heard saying.

According to Shireen, China has publicly criticised the United States for meddling in domestic matters. Imran Khan retorts that everyone is talking about it now, just as they predicted. Shireen tells Imran that the encryption has also been criticised by the Chinese government.

Cypher Conspiracy, Another audio of Imran Khan Leaked:
What we have done has created impact, now stretgy is to “Brand” & “Spoon Feed” Public on Mir Jafar and Mir Sadiq. Their (public) minds are already fertile to accept this. We have to brand them (Traitors) for Life: ImranKhan pic.twitter.com/ybIFA116NX

Before the leak, two other audios were brought to light that dealt with cyphers.

An audio recording reportedly of Imran Khan discussing the possibility of “purchasing” MNAs leaked earlier in the day. The audio file contains what appears to be the former prime minister’s voice discussing something called “horse trading.”

At the beginning of the audio file, Imran says, “Don’t believe all is over,” which may be a reference to the vote of no confidence from March.

From now on, the following 48 hours are going to feel like an eternity. There are “plenty of things happening, and I am also making some preparations that we can’t expose to the public,” the purported PTI leader says.

There has been a steady drip of damning leaks allegedly offering a glimpse into the inside story, and last week a recording of PTI leaders was released that purportedly featured party leaders Asad Umar and Shah Mahmood Qureshi discussing the much-touted “threat cypher” with Imran Khan and the ex-principal secretary.

In the 1.09-minute recording, Imran Khan, Shah Mahmood Qureshi, Asad Umar, and Azam are said to be talking about a plan to cover up the Cablegate scandal.

The former prime minister had asked the Supreme Court to stop “horse trading” in May of this year.

In an interview with a non-government television network, Imran asked, “What example are we establishing for our coming generation that public representatives are sold like goats and sheep?”

Imran said that he thought the future of the country was at risk if the highest court did not intervene against “horse trading.”

Sajjad Ahmed - February 26, 2022
Similarly to the rest of the globe, Pakistani celebrities have taken to social media to express their displeasure with the Russia-Ukraine conflict. Since Russia stated...