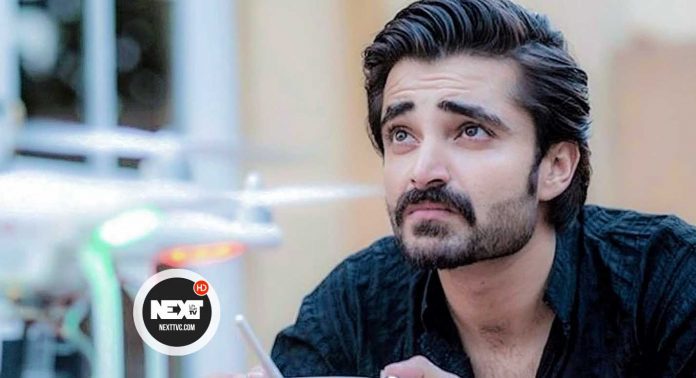 Hamza Ali Abbasi has never been the one to mince words. The famous artist has always been very vocal about his stance on item numbers, politics and religion. The renowned artist previously made headlines when he revealed that he has signed up two projects recently. Abbasi’s stance over item numbers has always caused an uproar, dividing the opinions of his fans and followers over the same.

Recently, in an interview with a London-based publication, the Alif star shared his stance – once again – on item numbers and his upcoming ventures.

“It has a negative impact,” Abbasi said, adding,

“It is bad from a religious point of view, it’s bad even from a secular point of view. You don’t demean a woman onscreen and call it art.”

Comparing item numbers with strip shows, the actor went on, “It’s just my opinion but why are strip shows not art? We can show that on our television from let’s say 10 pm to 11 pm. In my head, there’s a distinction between art…”

Abbasi is all set to star in Bilal Lashari’s magnum opus, The Legend of Maula Jatt as the antagonist, Noori Natt. The film also stars Mahira Khan, Fawad Khan, Humaima Malick, Gohar Rasheed, Ali Azmat and others. The film has been marred by controversy for a long and has been postponed a few too many times due to shooting schedules, a legal battle and now the pandemic.

However, Abbasi still has high hopes for the upcoming venture. “The reason I am excited about Maula Jatt is that it has Bilal’s direction, cinematography – combined with a great story and screenplay. So that’s definitely something that I am looking forward to,” he remarked. The actor went on to add that he believes that the film will even surpass his last hit, Jawani Phir Nahi Ani as well.

The actor also divulged into the infamous Ertugrul debate. Talking about what he thinks of a foreign show taking over the local content and whether it depicts Islamic history aptly, Abbasi quipped, “I’m just happy something became such a hit without an item number in it.”

The original interview promo is here: