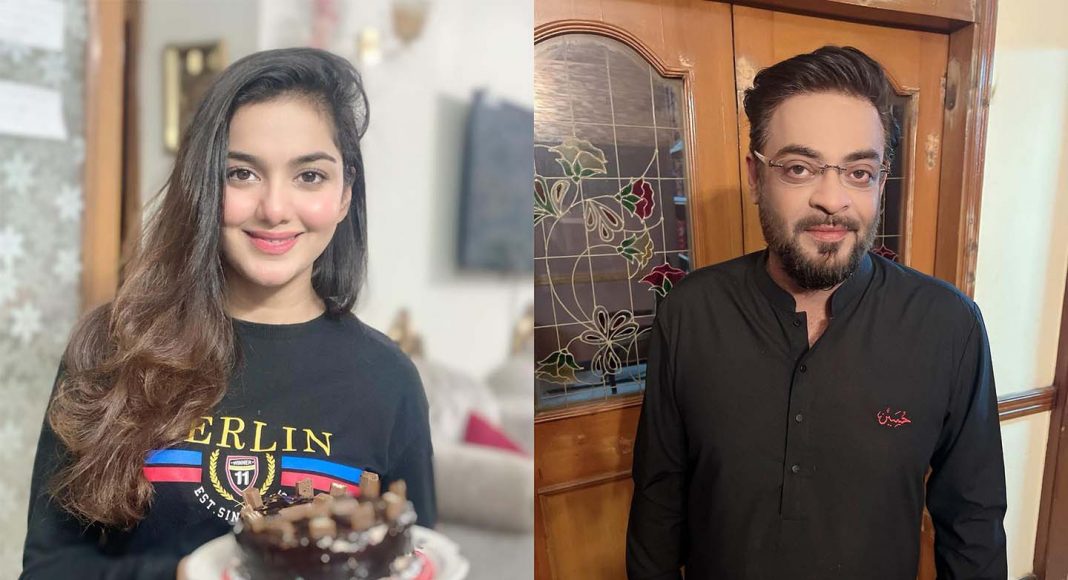 Tube Anwar denies that he and Aamir Liaquat are Still Married.

My divorce was granted by the court. Tuba Anwar

PTI MNA Aamir Liaquat Hussain recently declared that Tuba Anwar and he are still married, although Tuba denies this.

I wish to reiterate that I chose to divorce my ex-husband through the court system, as per my constitutional right as a Pakistani Citizen. 1/5

In a long rebuttal to the TV host’s allegations that she is still his “wife” if her khula was “invalid since it did not take into consideration the husband’s permission,” Tuba took to her social media accounts on Saturday to respond.

According to Tuba’s constitutional right as a Pakistani citizen, she elected to divorce her ex-husband via the legal system. According to the Islamic Republic of Pakistan’s legislation, a divorce was granted by the honorable court.

When asked whether the media’s claims about the case were true, she said, “It is a gross distortion of facts and carries no significance in court.” I also encourage Islamic academics to speak up for women who choose to exercise their rights in conformity with the Sharia and Pakistan’s constitution.”

Reaffirming that “Islam allows women to seek divorce if [their] marriage is no longer functioning,” Tuba noted that “a poisonous and abusive marriage” may be “gracefully exited from.” Her conclusion was, “It is legal and morally acceptable.”

Tuba’s khula is null and invalid according to Aamir in their most recent interview along with his third wife Syeda Dania Shah. Both the husband and the wife must agree to terminate their marriage in accordance with Shariah law in order for khula to be valid. I want Tuba to know that she has the freedom to live her life as she pleases, to work, to play, but she must respect the religious boundaries. In the end, “Dania is here to stay,” even if she chooses otherwise.

Dania said, “I won’t mind either; I’ll treat her like my older sister.”” Also, Aamir said that he will bring Dania along with him to the Ramazan broadcasts as well. It’s possible she’ll appear in some of his next serials with Urduflix, he said.

An earlier version of the story said that Tuba had filed for divorce from Aamir after they had been apart from one other for a period of time.