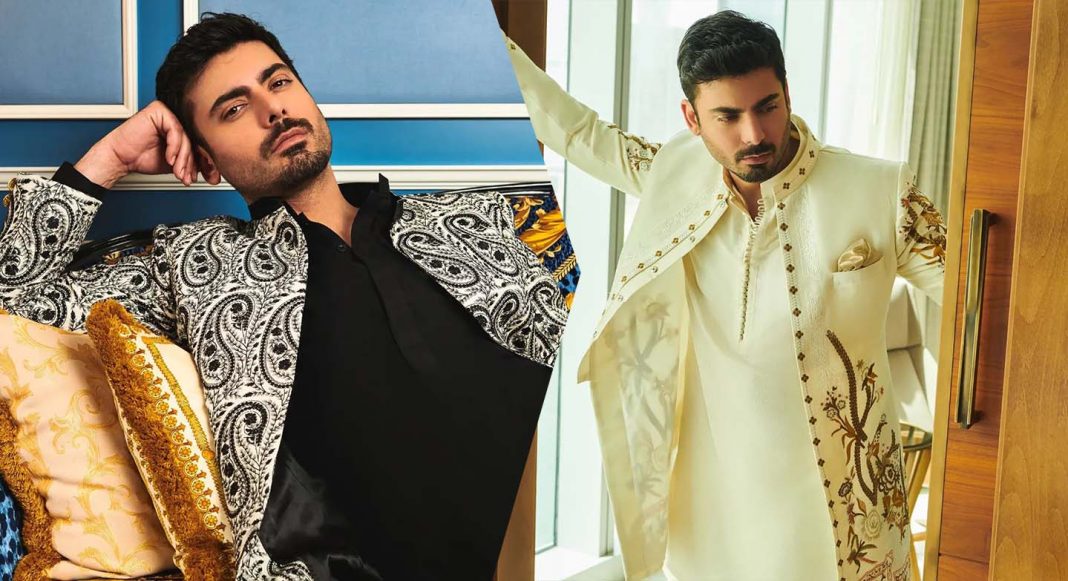 Sadaf Fawad Khan’s husband, Fawad Khan, is the Pakistani heartthrob thanks to recent photos of him for her clothing line. The newest lawn collection for men by SFK’s Hazure has him looking like a king.

As far as Pakistani celebrities go, Fawad Khan is one of the most well-known. On social media, the singer-turned-actor has a large following. Even though Entity Paradigm (EP) and Zindagi Gulzar Hai and Humsafar are two of Pakistan’s most popular television shows, Fawad understands how to win over admirers worldwide. The actor’s superb features and captivating personality continue to attract a large following.

Khoobsurat and Kapoor & Sons, two of his most popular Bollywood films, have earned him a following in India. In addition, he was named one of the sexiest men in Asia by a well-known UK publication. It’s been a long time since we’ve seen the Daastan actor on our screens, but he just returned in Mahira Khan’s production of Barwaan Khiladi. With Sanam Saeed in Zee5 series and Ms. Marvel in Hollywood, he will soon be showing off his acting prowess.

Recent photos from the actor’s newest project have had the internet abuzz. He looks sharp in the new Hazure collection from SFK Bridals Men. You’ll fall in love with these enchanting images.