The first Trailer for Saba Qamar and Zahid Ahmed’s ‘Ghabrana Nahi Hai’ has been released. 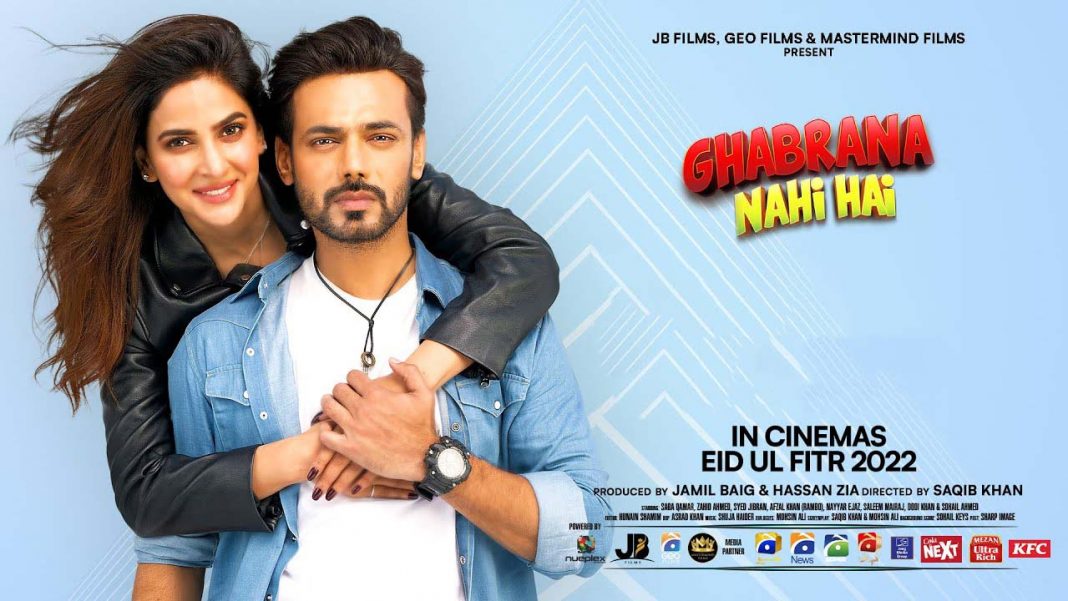 Fans of desi crime thrillers can look forward to an action-packed ride in the new trailer for Saba Qamar and Zahid Ahmed’s Ghabrana Nahi Hai, which was released on Saturday.

The trailer begins with a love triangle, themes of corruption, decadence, and women being abused or exploited under terrible political conditions. The trailer displays Saba as yet another fierce phoenix woman who rises from the ashes to put men in their place, but the narrative is cleverly kept under wraps.

If males don’t do their part to uphold the law, women like Saba, a social media influencer-turned-actor, will be forced to seize control of their own lives. However, the picture isn’t just about women.

Ghabrana Nahi Hai, on the other hand, seems to be filled by guys who are eager to combat crime for their own financial gain, as well as cause havoc in the name of justice. An item number plays in the background while the character of Zahid, a corrupt police officer, raids what looks to be a night club. The Islami Jamhooria Pakistani leader asks to one of his soldiers, “You have an empty luggage, would you?” before offering an empty suitcase to begin a ‘discussion.’

Nayyer Ijaz, who seems to be repeating his villain role for the film, warns Zahid’s character in a subsequent scene, “Agar adalat men humari peshi hui, tou agli bar gaal, tumhara hoga sipahsalar, (If I am summoned into court, yours will be the next cheek I slap)” “Kya bigar legi unka?” her father asks Saba’s character. What a great name for a baby! What are you going to do about them? You are a daughter. My kid would’ve fought them (if I had one).”

A romantic scene between Saba and Zahid is seen before he is shamed into taking off his uniform or removing his house’s mirror, which enables him to gaze at himself without guilt. A envious friend or fiance of Saba’s, Syed Jibran, is also featured in the film. However, Saba’s character ends up with Nayyer Ejaz in a strange turn of events, and we’ll have to watch the film to understand – why?

Following a montage of sequences including masked assassins, armed cops, and politicians dressed in sherwanis, the trailer for the film finally showed a bride storming into the wedding location in front of stunned guests, clearly ready for a fight. When she first started the video she wondered aloud, “How come kuch nahin sochta insaan, kamisay kasiay sapnay dekhta hai?” So much goes through a person’s mind. He’s got so many (dreams).”