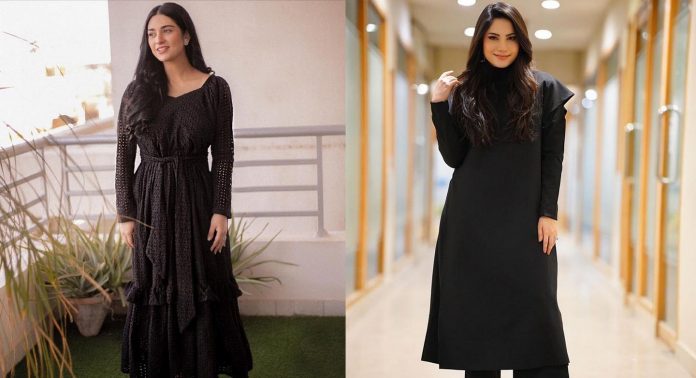 Sarah Khan is a fantastic actress in Pakistan’s television and film industries. She is widely regarded as Pakistan’s next great star in the country’s entertainment sector. The stunning actress is making significant progress in the entertainment industry, producing outstanding performances in popular television drama series.

Because the Laapata actress is juggling motherhood responsibilities and caring for her daughter, her comfort is paramount. She certainly understands how to wear any clothing with absolute elegance, whether it’s a casual stylish appearance or a glittering holiday ensemble, and she does so with ease. Our attention is captured again and time again by her attractiveness. Take a look at some of the diva’s most beautiful photographs.

Neelam Muneer’s Instagram page has been graced with some stunning photographs taken by her. The actress recently appeared as a guest star in Waseem Badami’s television drama Har Lamha Purjosh. And she looks absolutely stunning in an all-black ensemble by Lulusar, a clothing business that she owns.

Neelam Muneer is a well-known model and actress who is well-known for her exceptional abilities on the screen. Her modeling career was the springboard for her other endeavors. We’ve even spotted her stealing the show on the runway for a variety of brands. Her very first drama series, Thoda Sa Aasmaan, broadcast on Pakistan Television Network (PTV).