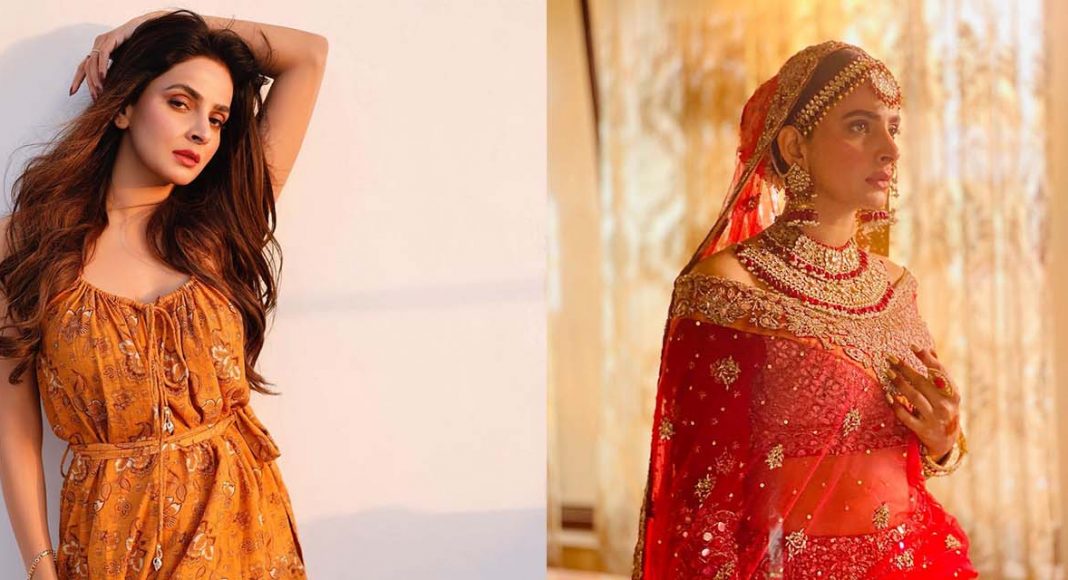 Anoushey Ashraf made some surprising observations during her latest visit on Tabish Hashmi’s program, To Be Honest. Additionally, an intriguing revelation regarding Saba Qamar is included.

When the question of marriage came up, the VJ piqued everyone’s interest. Rather than addressing her personal goals, the 38-year-old shifted the spotlight to singer Saba Qamar.

Anoushey Ashraf also revealed the forthcoming wedding of Lollywood star Saba Qamar. According to the former television anchor, she met the future spouse of the Hindi Medium star. As a result, she is convinced that Saba Qamar is ready to marry.

Regarding her own marriage, the presenter, comedian Tabish Hashmi, inquired as to whether Anoushey had any intentions to marry or desired marriage. Which she replied;

“I would marry whenever I pleased.”

Not one to mince her words, the VJ made many additional noteworthy remarks, including a contentious one about Khalil-ur-Rehman Qamar.

She expressed her doubts about the author of ‘Mere Paas Tum Ho’ openly.