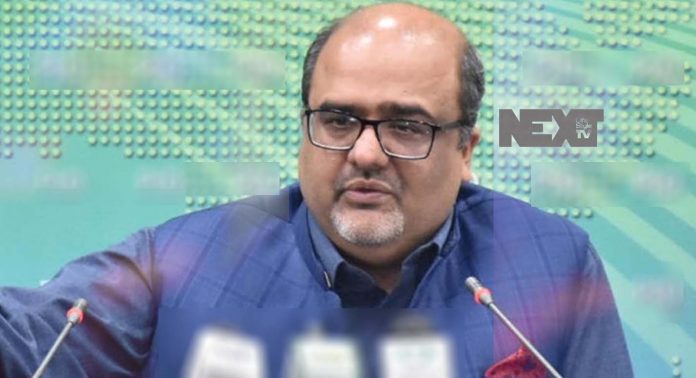 Adviser to the Prime Minister on Accountability and Interior Shahzad Akbar has claimed that the government recovered Rs210 billion from land grabbers, 36 of which belonged to the Pakistan Muslim League-Nawaz (PML-N).

Addressing a press conference in Islamabad on Sunday, he said that these people had been using political influences to occupy the government property, which caused huge financial loss to the national exchequer.

Through a rapid anti-corruption drive, he said, the government succeeded to make these recoveries from the thieves who had been looting and plundering the national kitty during previous regimes.

Akbar went on to say that the government would utilise this money to introduce universal health insurance in Punjab to provide free health facilities to citizens.

Speaking about the narrative of opposition parties included in the Pakistan Democratic Movement (PDM), he said that the purpose of their protests was just to defend their looted money and get relief in corruption cases.

On Senate elections, he said that the government had tabled a constitutional amendment bill in the National Assembly for open balloting. “The opposition parties have the opportunity to vote in thier favour if they are sincere in transparency of the electoral process otherwise they should present their logic to the people for opposing it.”

Sharing a document containing the details of recoveries with newsmen, the adviser said that the government had retrieved 2 kanal 11m land worth Rs92 millions along with penal rent Rs37.50 from Ghulam Dastagir, father of PMLN-N’s lawmaker Khurram Dastagir, who he said grabbed the land on GT Road and built a petrol pump/CNG in Gujranwala.

According to the SAMP, he also grabbed commercial state land measuring 1 kanal worth Rs66 million under his cinema land, which also had been retrieved along with Rs17.16 million penal rent.

Similarly, illegal occupied state land under Mian Flour Mill measuring 8.2 kanal worth Rs34 million was retrieved from PML-N’s Mian Javed Latif. Further 30.16 kanal government land under his Mian Paper and Board Mill had also been recovered from him.

Three references in the Federal Board of Revenue (FBR) for confiscation of benami 5,000 kanal land worth Rs7 billion of PML-N’s Senator Chaudhary Tanveer was under process with FBR while 27 kanal land worth Rs1 billion had been retrieved from him after registration of a case.