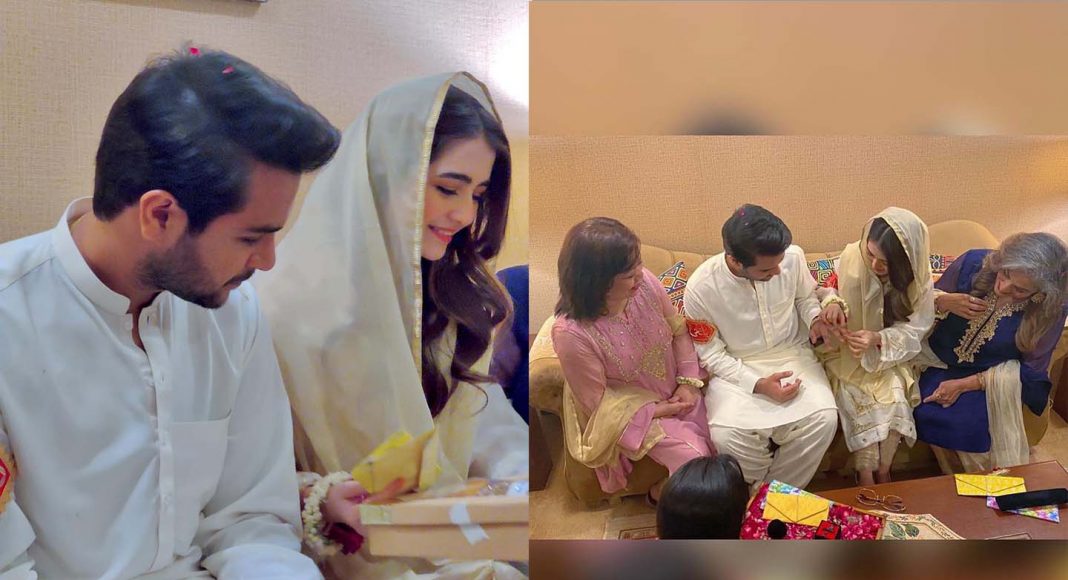 On Sunday, the two of them announced their engagement in similar Instagram posts. “Shout outs to Allah [Thanks be to God]. We are pleased to announce our Imam Zamin – engagement, which has been made possible by the prayers of our parents. Insha’Allah, may Allah and the Ahl e bait keep us safe and happy for all eternity. Please pray for us “Read what they have to say.

During an interview in December, Merub Ali said unequivocally that they were not related. Our relationship isn’t like to that of a stepfamily or a cousin. “Pata nahi bus” [I don’t know, that’s all]—we’ve known each other since childhood, and we’re wonderful family friends, too. His closest buddy is my brother, and our moms are close.

Celebrity pals, including Aima Baig, Sajal Aly, and Ayaz Samoo, have congratulated them on both their postings.

Her acting debut was in Sinf-e-Ahan, where she appeared with Sajal Aly, Kubra Khan, Saira Yousuf, and many more well-known actors. Azhar is one of Pakistan’s well-known vocalists, and his first album is due out shortly. Many congrats to the newlyweds!

Sajjad Ahmed - June 17, 2019
mother Madhu Chopra shared a sweet picture of her with Nick Jonas and daughter Priyanka. Madhu in her Instagram post thanked both of them...