Kangana Ranaut Reaction to Gangubai Kathiawadi is not pleasant. 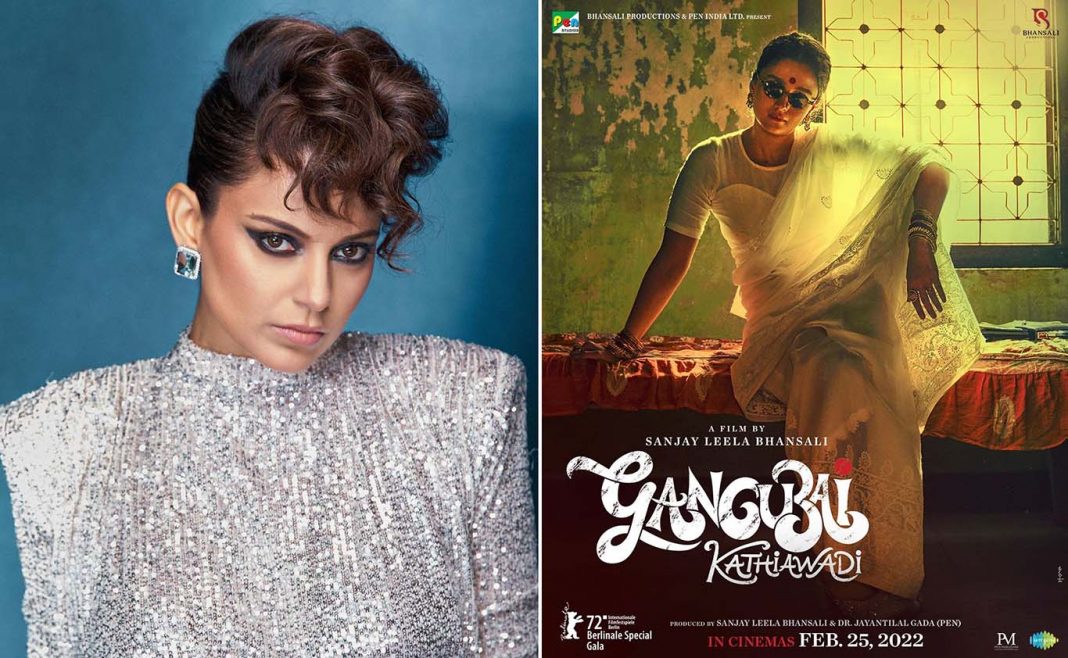 Kangana Ranaut seems to have poked fun at Alia Bhatt’s forthcoming flick Gangubai Kathiawadi in her recent interview. The picture, which is being directed by Sanjay Leela Bhansali, is scheduled to open in theaters on February 16th (February 25, 2021). The film’s trailer and tracks have received high reviews for Alia Bhatt. However, actress Kangana Ranaut has been vocally opposed to the film’s casting since it was first revealed.

A prostitute, mobster, and social worker, Kangana thinks Alia is too young and impressionable to fulfill these roles in the film. The actress made a snide remark about the picture once more before its release. Kangana used Instagram Stories to criticize the film in a subtle way.

Kangana Ranaut took to Instagram to unleash a scathing tirade that has drawn the attention of everyone. In her Instagram stories, Kangana referred to Alia as “daddy’s darling” and a “romcom bimbo.”

“This Friday 200cr will be burnt to ashes at the box office … for a papa (movie mafia daddy) ki pari (who likes to keep a British passport) because papa wants to prove that romcom bimbo can act… biggest drawback of the film is wrong casting…yeh nahi sudhrenge (these people won’t change) no wonder screens are going to South and Hollywood films … Bollywood is destined for doom jab tak movie mafia has power….” 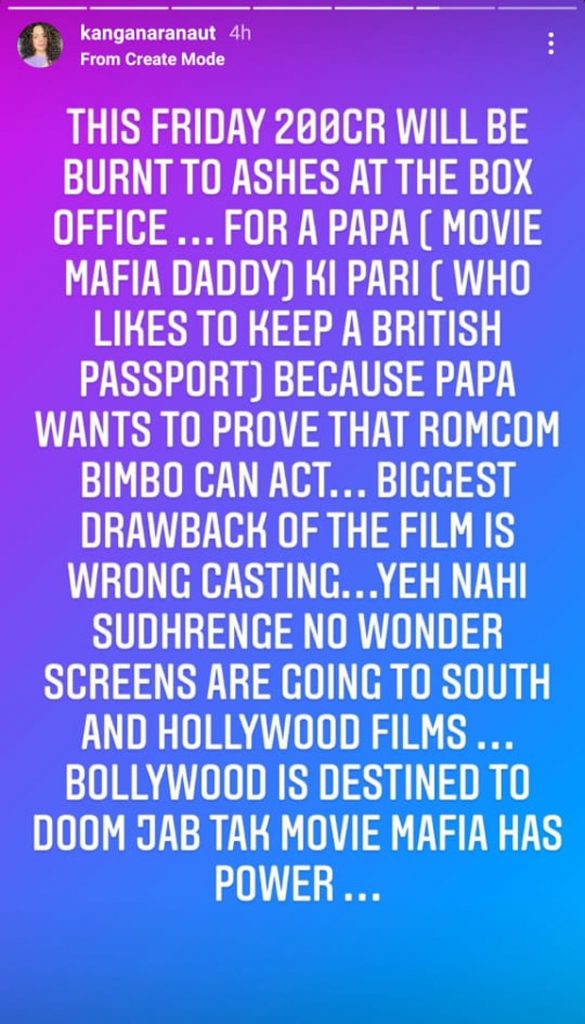 She followed it up with another post that reads “Bollywood mafia daddy papa jo to who has single handedly ruined the work culture in the film industry, has emotionally manipulated many big directors and forced his products of mediocrity on their cinematic brilliance, another example will be following soon after this release. People need to stop entertaining him, in this Friday release even a big hero and greatest director are the new victims of his manipulations.”

Produced by Sanjay Leela Bhansali and Dr. Jayantilal Gada (Pen Studios),  Gangubai Kathiawadi is all set to release theatrically on 25th February 2022. The film also had its world premiere at the 72nd Berlin International Film Festival or Berlinale 2022.