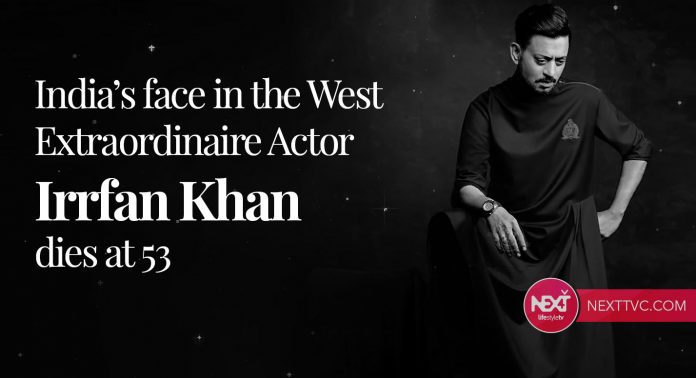 Actor Irrfan breathed his last on Wednesday at the age of 53. The Angrezi Medium star was admitted to Mumbai’s Kokilaben Dhirubhai Ambani Hospital, where was under observation for colon infection. Just last week, Irrfan Khan’s mother Saeeda Begum died at the age of 95 on Saturday morning in Jaipur. 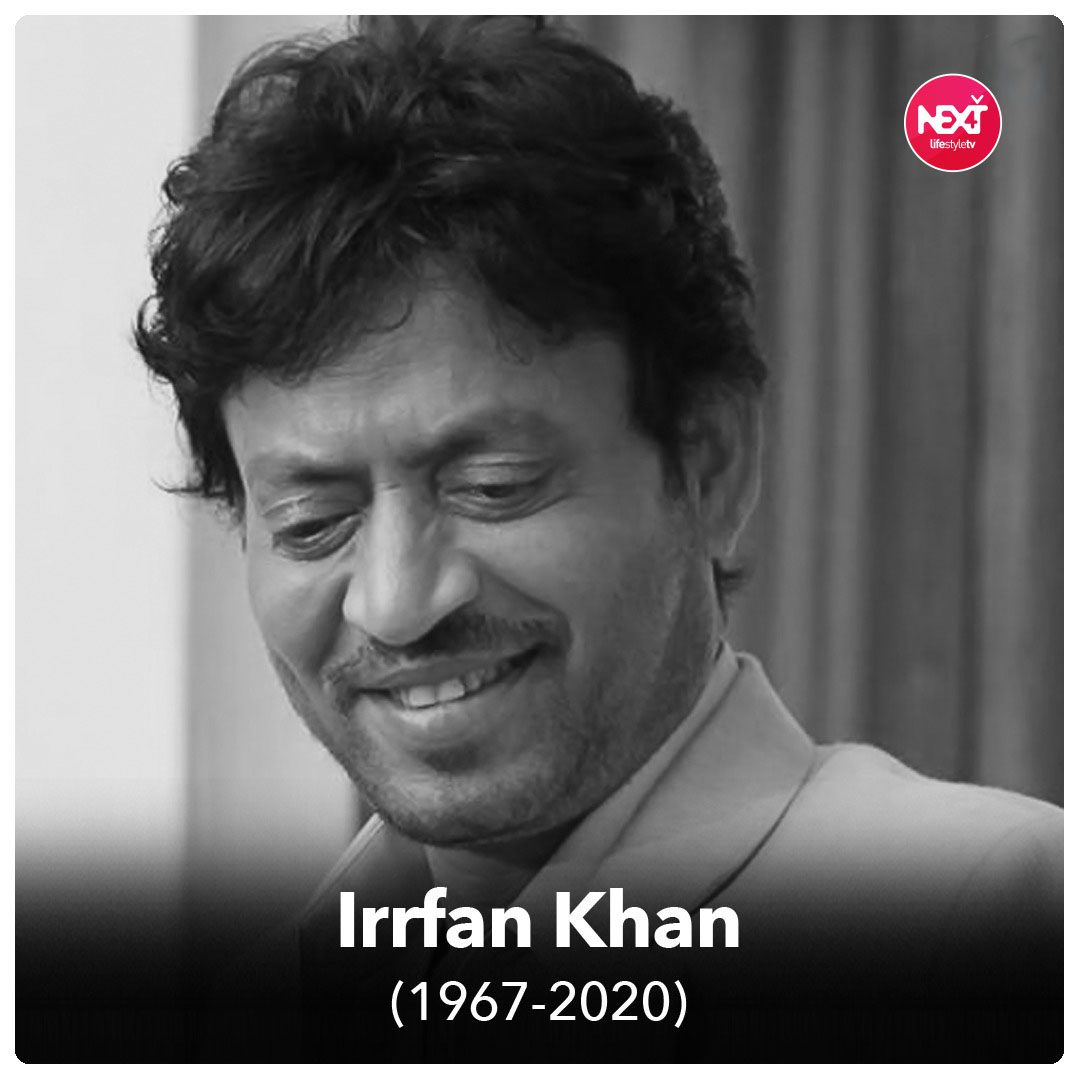 Official statement on Irrfan Khan’s demise:
“I trust, I have surrendered”; These were the some of the many words that Irrfan expressed in a heartfelt note he wrote in 2018 opening up about his fight with cancer. And a man of few words and an actor of silent expressions with his deep eyes and his memorable actions on screen. It’s saddening that this day, we have to bring forward the news of him passing away. Irrfan was a strong soul, someone who fought till the very end and always inspired everyone who came close to him. After having been struck by lightning in 2018 with the news of rare cancer, he took life soon after as it came and he fought the many battles that came with it. Surrounded by his love, his family for whom he most cared about, he left for heavenly abode, leaving behind truly a legacy of his own. We all pray and hope that he is at peace. And to resonate and part with his words he had said, “As if I was tasting life for the first time, the magical side of it.”

T 3516 – .. just getting news of the passing of Irfaan Khan .. this is a most disturbing and sad news .. 🙏
An incredible talent .. a gracious colleague .. a prolific contributor to the World of Cinema .. left us too soon .. creating a huge vacuum ..
Prayers and duas 🙏

Such terrible news…saddened to hear about the demise of #IrrfanKhan, one of the finest actors of our time. May God give strength to his family in this difficult time 🙏🏻

Leonardo DiCaprio to Steven Spielberg, Hollywood legends the actor turned down to work in India

In an interview with HT Brunch in 2016, Irrfan said that though he found success in Hollywood, he ‘never really felt like leaving India’. “I keep getting interesting offers. If I were younger, I might have thought of relocating to Hollywood. But I never really felt like leaving India. My people are here and so are my stories. Today, small and unconventional films are redefining cinema in India. And I am happy to be part of this brave, new world. Hollywood is just a bonus,” he had said.

Matt Damon, Matthew McConaughey, Anne Hathaway, Leonardo DiCaprio, Christopher Nolan, and Ridley Scott have all been turned down by Irrfan at one point or another, some of them more than once.

Irrfan shot to international acclaim with his amazing talent but ended up turning down big-budget Hollywood films, for a variety of reasons. Most recently, the actor said ‘no’ to Steven Spielberg, for a secret project that could have been Robopocalypse. Irrfan was supposed to appear in the film with Scarlett Johansson. “I didn’t feel the character offered to me gave me much scope. So I said ‘No’; though Scarlett Johansson is an actor I would have loved to share screen space with,” he said in an interview to NDTV.

The charisma you brought to everything you did was pure magic. Your talent forged the way for so many in so many avenues.. You inspired so many of us. #IrrfanKhan you will truly be missed. Condolences to the family. pic.twitter.com/vjhd5aoFhc

Rest in peace @irrfank you have no idea what your kindness meant to me at a time I was at my least confident . My condolences to your family and loved ones.

Nothing can be more heartbreaking and tragic than the news of passing away of a dear friend, one of the finest actors and a wonderful human being #IrrfanKhan. Saddest day!! May his soul rest in peace. #OmShanti 🙏 pic.twitter.com/QSm05p7PfU

Saddened to hear of the passing of Irrfan Khan. My heart goes out to the family, may you find strength in this time. Rest in peace🙏🏻

A fantastic costar, an actor par excellence ,and a beautiful human being , you are irreplaceable #irrfankhan. ⁦@irrfank⁩ We lost you too soon! Unbelievable. Om Shanti 🙏🏻 pic.twitter.com/QdEBiSUegw

I’m numb today… I haven’t been able to accept the loss of a brilliant co-actor & a fabulous person that @irrfank was! We’ve lost a gem today… but his legacy will live on through the phenomenal body of work that he has left behind. Rest in peace, Irrfan!🙏🏻🙏🏻#IrrfanKhan pic.twitter.com/7jrRDRYdcC

Heartfelt condolences on the untimely demise of a self made, brilliant, versatile actor par excellence our own #IrrfanKhan. He was certainly one of the best in our film industry. A thorough gentleman & fine human being @irrfank. A man of few words, but a volcano of talent.

The news of his death was first shared on Twitter by Irrfan’s Piku director Shoojit Sircar. “My dear friend Irfaan. You fought and fought and fought. I will always be proud of you.. we shall meet again.. condolences to Sutapa and Babil.. you too fought, Sutapa you gave everything possible in this fight. Peace and Om shanti. Irfaan Khan salute,” he wrote.

An actor par excellence, Irrfan will always be remembered for his impeccable onscreen persona and challenging characters he played on the celluloid. His love for the craft was above and beyond the commercial business of cinema. The actor’s last film, Angrezi Medium, was he come back to the silver screen after battling neuroendocrine tumors.

Not just in Hindi cinema, but Irrfan’s work in Hollywood films like Slumdog Millionaire, Jurassic World, The Amazing Spider-Man and Life of Pi is remarkable, to say the least. His other notable films include the Academy Award-nominated Salaam Bombay!, Maqbool (2004), Paan Singh Tomar (2011), The Lunchbox (2013), Piku (2015) and Hindi Medium (2017) among many others.