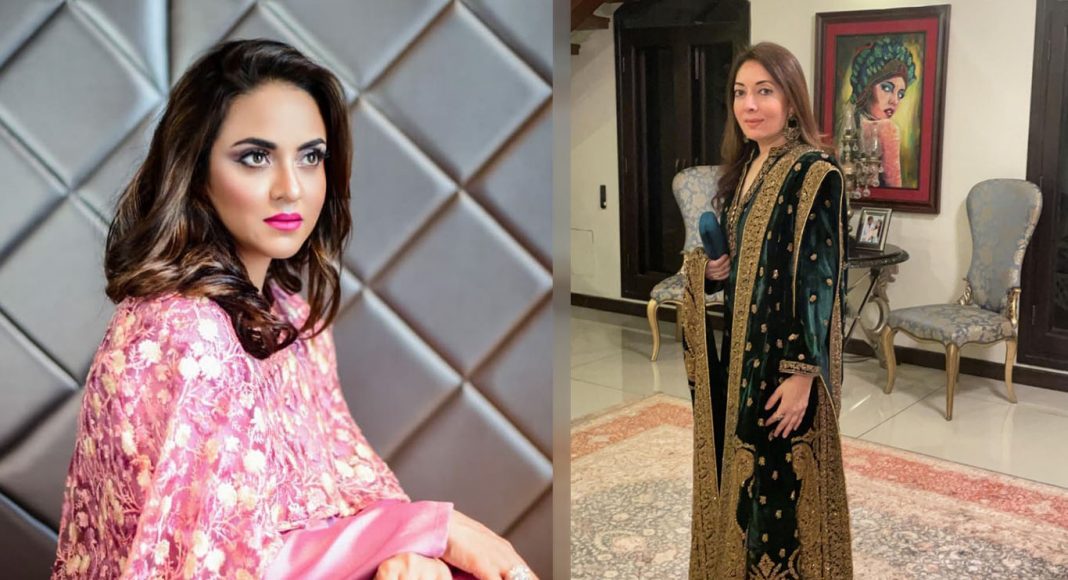 PPP leader Sharmila Faruqi sued the actress Nadia Khan for slander and the FIA Cybercrime division found her not guilty.

Nadia Khan, the anchor of a popular TV program and a popular YouTuber, was widely chastised for making fun of Anisa Faruqi, Sharmila Faruqi’s mother.

The wedding of actresses Saboor Aly and Ali Ansari is the source of the video in dispute. Nadia is complimenting Anisa, but some viewers thought the morning show presenter was mocking when she said it.

Even if Sharmila Faruqi wins in the court of public opinion, the Federal Investigation Agency (FIA) will not. The FIA’s cybercrime section examined the 40-minute YouTube video in-depth and found no evidence to support Nadia Khan’s defamation claim against Sharmila Faruqi.

Imran Riaz, the head of FIA Cybercrime Sindh, has verified the story. On her Instagram account, the former morning show anchor posted a video of Imran Riaz addressing the acquittal.

Nadia Khan, actress and host, was exonerated of defamation charges brought against her by MPA Sharmila Farooqui for allegedly defaming the late actress’s mother.

Videotaping and posting images and videos of another person for the sole purpose of harassing or defaming that person only becomes illegal when done with malicious intent.

Nadia Khan posted a picture of herself with the remark, “THE TRUTH ALWAYS WINS.” For being “fair and honest,” she complimented the FIA.

Web Desk - March 25, 2020
A lone Islamic State gunman rampaged through a Sikh house of worship in the heart of the Afghan capital, Kabul, on Wednesday, killing 25...