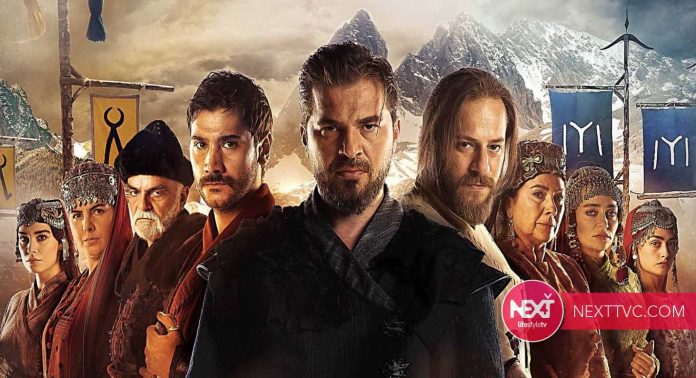 Ertuğrul: Pakistani fans to break the record for the most number of YouTube subscriptions in a month

After hitting millions of subscribers, the team of world- acclaimed Turkish series “Diriliş: Ertuğrul” has now urged fans for more subscriptions in order to hit the world record for most “subscribers on Youtube in a month”.

Taking to Twitter, the digital director for Turkish Radio and Television (TRT), Riyaad Minty called out the fan base of Ertuğrul to help in breaking the record of most subscribers in a month which currently stands at 6.6 million.

“We’ve had more than 6 million people visit the channel already, but we need you to subscribe to get the record for most subscribers in one month,” Minty wrote on Twitter.

Originally produced by the Turkish state-owned media company TRT in collaboration with a private company, the historic drama was later dubbed into various languages and was streamed online around the world.

Let’s see if this possible #Pakistan – we’ve had more than 6 million people visit the channel already, but we need you to *subscribe* to get the record for most subscribers in one month! #Ertugrulgazi #ErtugrulUrduPTV #ErtugrulGhazi #ErtugrulYouTubeRecord https://t.co/yzV3jcT1TD

Earlier, the team had expressed their gratitude for receiving a tremendous response from Pakistan in a short span of time.

“Ertuğrul has gone viral in Pakistan and its episodes are trending on YouTube in Pakistan every day,” Minty had said, adding that there are more than 30 million views and over 600,000 subscribers on Youtube channel.

“However, with growing popularity, these numbers are expected to climb up in the coming days,” he hoped.

Let’s get 🇵🇰 the world record for most new subscribers in 1 month on YouTube. The current record is 6.6 million and the channel Ertugrul Ghazi can beat that with your ❤️! We have 15 days to make history. Subscribe: https://t.co/Mqr93UOBwr -use the tag #ErtugrulYouTubeRecord pic.twitter.com/kjJGE797DB

According to TRT Ertugrul PTV official Twitter handle, the channel Ertugrul Ghazi can beat the current record of 6.6 million with the love and support of its growing fan following.

“We have 15 days to make history”, read the tweet.

Ertuğrul trends top on Twitter
After garnering heaps of praises worldwide, the historic Turkish series has built its separate fan following in Pakistan – especially after its Urdu-dubbed version was aired in the country on Prime Minister Imran Khan’s recommendation.

The fans across Pakistan are sharing the pictures and quotes spoken by the main character of Turkish drama Ertugrul on Twitter and other forms of social media while bringing #Ertrugrul hashtag to one of the top trends in the country.