The new Geo Films project, "Ishrat Made in China", will be launched on March 3 in theatres around the nation. It's full of action, humor, excitement, and romance. 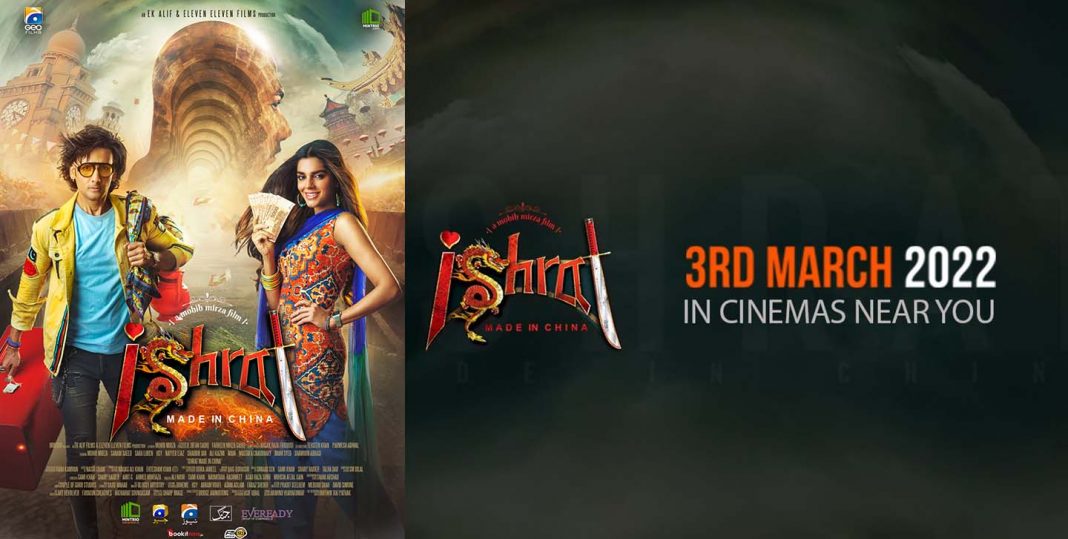 The film’s brief trailer shows that it has all the popular interest flavors. On top of the character he plays, Mohib Mirza shows off his directorial abilities in the film. But Hassan Shehryar Yaseen (aka HSY), a well-known designer of fashion, is gearing up to make his feature film directorial debut. The film’s central protagonist is Sanam Saeed, a talented actress with a wide range of roles under her belt.

Sanam Saeed, Pakistan’s most popular actress, has a sizable fanbase. Since she first entered the profession, the well-known actress has had a long and successful career. Her award-winning performances in the critically renowned drama series Zindagi Gulzar Hai have won her a devoted following throughout the country. In Pakistan, he has become a household name.

In 2006, Mohib Mirza’s famous television series “Ishrat Baji” inspired a cinematic sequel. The film was shot in Thailand instead of China since the whole team of the film was stranded in China due to Covid-19 during the filming last year. Simaab Sen, Sami Khan, Shani Haider, and Talha Dar wrote the film’s score. Sara Loren, Shamoon Abbasi, Ali Kazmi, Mani, Shabbir Jan, Nayyar Ejaz, Imam Syed, and Mustafa Chaudhry are among the film’s other stars.

Ishrat: Made in China, an upcoming film starring the actress, is expected to be a hit. The first song from the film “TickTalk,” starring Sanam Saeed and Mohib Mirza, was released after the release of the official trailer. This is a fun-filled dance performance that has the two main characters shaking their booty.