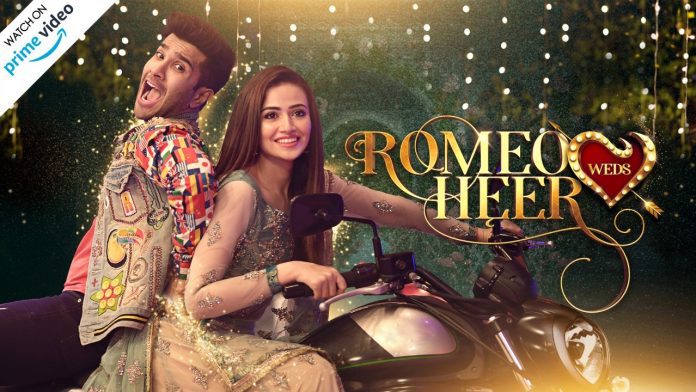 The 2018 rom-com hit Romeo Weds Heer, is now available for viewers on Amazon Prime. Produced by the dynamic duo Abdullah Kadwani and Asad Qureshi, the drama serial managed to break records with its ratings and became a chart-buster during the time of its airing on Geo Entertainment. 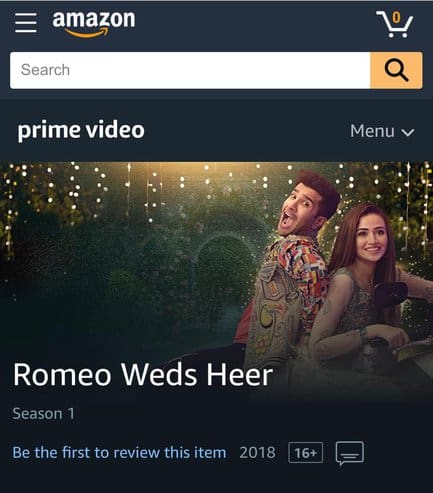 Penned down by Muhammad Younis Butt and directed by Anjum Shehzad, this 7th Sky Entertainment Production united the Khaani famed duo Feroze Khan and Sana Javed. The story revolved around the two love-birds as they faced life, love, and some hilarious set-backs with their shenanigans. The story was a breath of fresh air with a light-hearted storyline and funny interactions that kept the audiences hooked and garnered critical acclaim for the serial as well.

After 7th Sky Entertainment’s ‘Khaani’ made it to Netflix last year, the entertainment house is now headed to Amazon Prime, another international streaming service with their blockbuster ‘Romeo Weds Heer.’

With great successes, from the likes of comedies like Romeo Weds Heer, Dolly Darling, and more, to emotional and thought-provoking serials like Khaani, Muqaddar, Meherposh, Raaz e Ulfat, Deewangi, Munafiq and Kahin Deep Jalay, 7th Sky Entertainment has dominated the television industry in Pakistan with its creative and phenomenal productions. Under the leadership of Abdullah Kadwani and Asad Qureshi, the production house continues to represent Pakistan internationally with its brilliant dramas as well.