Zahir Jaffer is condemned to death in the Noor Mukadam murder case by a Pakistani court. 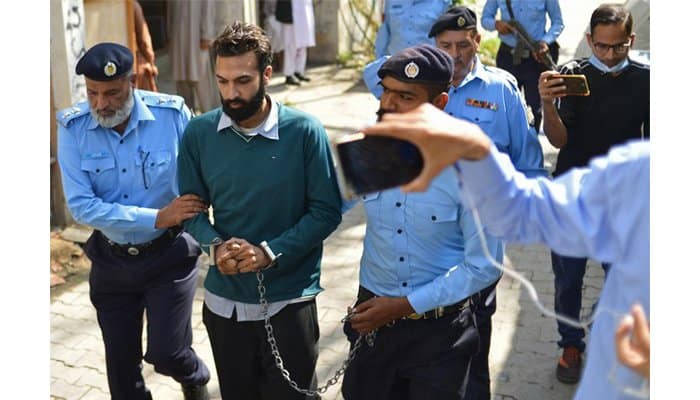 After a seven-month trial in which Zahir Jaffer was found guilty of the brutal murder of Noor Mukadam, Additional District and Sessions Judge Muhammad Atta Rabbani has now condemned him to death.

Jamil, the primary suspect’s chef as well as the prime suspect’s security guard, have both received 10-year jail sentences for their involvement in this crime, according to the information.

After the horrible murder of Noor Mukadam, the 28-year-old daughter of Pakistan’s previous ambassador, in July, the country was rocked to its core.

At the site of the incident, Zahir Jaffer, the primary suspect in the murder of Noor, was detained. All of the weapons used in the murder were found, including the pistol, a knife, and more. He was also suspected of murdering his parents, servants, and therapists.

Therapy Works employees, as well as Zahir Jaffer’s parents, Ismat Adamjee and Zakir Jaffer, were all acquitted in the case.

On the 20th of July, the body of Noor Mukadam was found in Islamabad. In the wake of his murder accusation, Zahir Jaffer has been the focus of media attention.

A court in Pakistan’s capital, Islamabad, sentenced Zahir to death for the murder.

There were many people present in court when the judgement was announced, including Zahir’s parents, Zakir and Asmat Adamjee.

The victim’s father felt that the maximum sentence was ‘necessary’ after the sentencing.

This is a problem that affects all of the women in my nation, he remarked.

Mukadam, the daughter of Pakistan’s former ambassador to South Korea, was lured to Jaffer’s residence, where she was held for two days before he allegedly murdered her.

Two of Jaffer’s employees, Iftikhar and Jameel, were each sentenced to 10 years in jail for their roles in the murder.