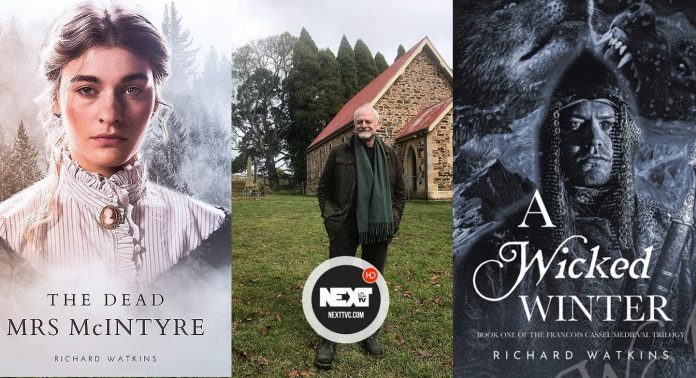 Author Richard Watkins transports readers to medieval times to accompany young people as they grow up and seek significance and grandeur in their lives by aspiring to be knights. “A Wicked Winter” is a swashbuckling tale of courage for young adult readers.

The narrative takes place in the 12th century, in the land of Noediem, and follows young Francois Cassel as he squires for the knight Lauchant, who travels to the southern regions with a company of the King’s Guard to repel marauding bands from nearby Ballenrue. The knight is injured during a battle with the Ballenrue, but Francois discovers secret stores of strength and unusual powers, scaring the raiders and driving them away. This brings him to the attention of none other than King Rochfer of Noediem, who knights him for his efforts but sends him to the high priests to learn more about the powers he exhibited.

Unfortunately, an apparent transgression causes the priest to expel Francois, who walks west into Wuntegrun, a land ravaged by roving wolf packs. Francois believes these creatures are controlled by a higher force and seeks out the dark wizard Dreah-Gleig to put a stop to the terror. At the same time, the Ballenrue raiders are hot on his tail, looking for vengeance on Francois.

“I wrote this book out of a desire to explore themes of medieval adventure, dark wizardry and a keen interest in Vikings.” Watkins says. “‘A Wicked Winter’ is the first book in the Francois Cassel trilogy. 2022 will see the publication of ‘The Secret Face,’ and ‘The Chalcedony Axe,’ which will complete the trilogy.”

Richard Watkins loves military history. He has spent 50 years working as a professional tax consultant while traveling the world, driving rally cars and serving as a navigator, and being a medieval reenactor. Watkins has developed a strong love of wild and desolate places and circumstances that demand great human endurance. He is a member of the Historical Novel Society of Australia and has been writing all his life, recently publishing the gothic mystery novel, “The Dead Mrs McIntyre.” He has two adult daughters and lives in the Southern Highlands of New South Wales. There, he and his artist wife have converted a 140-year-old stone church into their private library and art gallery.