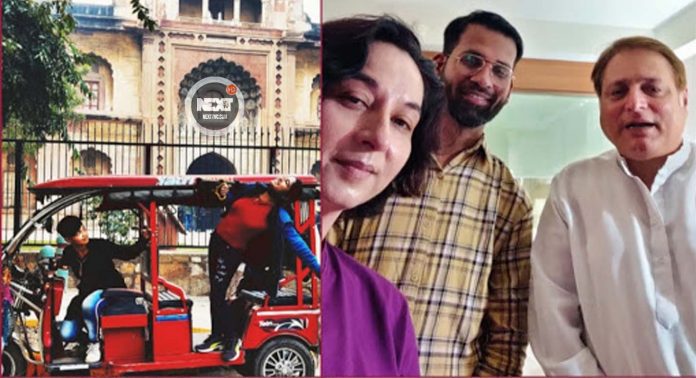 This women’s day as we celebrate achievements of women & rally for women’s equality in the global arena. California-based director-producer Ruhi aka Rohini Hak and executive producer Archita Mandal present the incredible journey of Kiran Wati, a 21-year-old E-Rickshaw driver who transforms into a boy during the day to rough it out on the streets of Delhi

. The short film, “E-Rickshawali 2021”, is an uplifting tale inspired by the sheer grit and ingenuity of a young Indian woman’s determination to support her family and make a life for herself. The crew was dominated by “women” with the director, writer, producers, cinematographers, actors and editors being women. The complete crews names in the movie credits will also include their mothers name to recognize their importance in our lives. 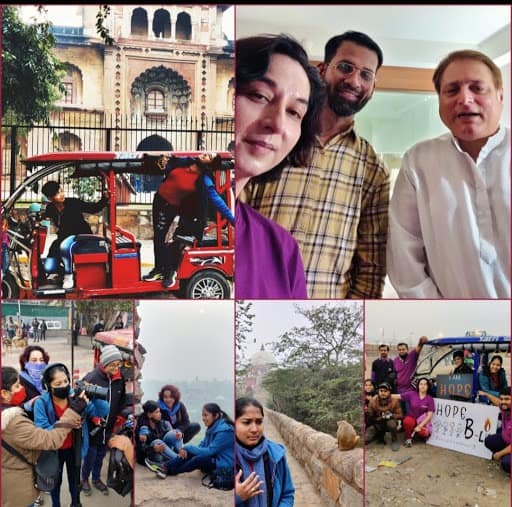 Padma Shri awarded Manoj Joshi lends his voice as narrator connecting the dots as we dive into the film and its twists and turns. Kiran Wati & upcoming actress Srestha Banerjee ( Saving Chintu, 2020) lead the film’s cast.

Hak is an award-winning filmmaker and founder of *Los Angeles-* based non-profit HOPE B~Lit. A Voices Unheard Films, the media unit of Hope B~Lit, produced E-Rickshawali 2021 in collaboration with *Silicon Valley-* based “Tapping Wand Productions”. Both production houses are mission-driven to bring to the world stories and voices that are waiting to be heard.

“I met Kiran entirely by chance in Delhi,” says *Hak* . “In spite of the hardships that the pandemic brought down on daily-wage earners like her, Kiran’s spirit and will to fight it all just shone through. I had to tell her story . That’s the kind of stories we tell at Voices Unheard Films.” *E-Rickshawali 2021″,* captures one such serendipitous moment that transforms the protagonist’s life. The fictional adventure inspired by true events will leave the audience with a smile having experienced life’s subtle magical truths.

Team Hope B~Lit also came together to buy the young girl an E-Rickshaw of her own in real life to avoid abuse by the previous owner of the rental and to enable her education. As the Tag for A Voices Unheard Films states, “We don’t just make films. We make a difference”