In an unprecedented move, a woman in the United Arab Emirates (UAE) approached court for seeking a divorce because her husband’s love and compassion are so over the top, Khaleej Timesreported on Thursday.

The husband used to assist his spouse in household chores and didn’t wrangle with her at all.

“He never yelled at me or turned me down,” the woman, a Gulf national, told the Sharjah court.

“I was choked by his extreme love and affection. He even assisted me in cleaning the house without me asking him… He sometimes cooked for me,” she said, adding, “He was always so kind to me that we never had any issue or dispute in our year-long marriage.”

The wife carped that she eagerly waited for a single day of dispute but her husband always forgave her and showered daily gifts in return.

On the other hand, her husband has no idea on what went wrong. He has requested the court to advise his wife to withdraw the case.

“Everybody has advised me to disappoint and turn her down or reject some of her requests, but I did not because I am and always wish to be a perfect and kind husband.”

She once complained about his weight, following which he practiced a tough diet and exercise. “I had a fracture in my right leg because of harsh diet and sports,” he said.

The court announced adjournment of the case to give some time to the couple for resolving their issues. 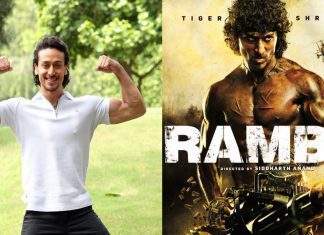 Sajjad Ahmed - May 20, 2019 0
For the longest time, Tiger Shroff has been wanting to take the Hollywood route with the Siddharth Anand film. Although the film has been...