Ambassador of India to the United States, Mr. Taranjit Singh Sandhu presented his credentials today to the President of the United States of America, H.E. Mr. Donald Trump at the Oval Office of the White House.

President Trump warmly welcomed Ambassador Sandhu back to Washington DC and wished him every success in his responsibilities as India’s Ambassador to the United States. President fondly recalled his friendship with Prime Minister Narendra Modi and their several interactions.

President fondly recalled his friendship with Prime Minister Narendra Modi and their several interactions, the Indian Embassy said in a statement.

Ambassador Sandhu conveyed warm greetings from the President and the Prime Minister of India to President Trump and the First Lady. Ambassador Sandhu also added that the vision and guidance provided by Prime Minister Modi and President Trump in the last three years have moved India and the United States towards greater strategic convergence. Ambassador Sandhu affirmed his commitment to work towards strengthening the strategic partnerships between India and the United States, which is anchored in mutual trust and friendship, democratic values and people-to-people ties.

Ambassador Sandhu also reaffirmed his commitment to work to strengthen the strategic partnership between India and the United States, which is rooted in mutual trust and friendship, democratic values ​​and public relations. He then arrived at his residence at Ambassador House. Where he met with Metropolitan Washington, DC Was greeted by some of the most respected celebrities of the country. He was accompanied by his wife Mrs. Reenat Sandhu, current Indian Ambassador to Italy and San Marino.

Mrs. and Mr. Taranjit Singh Sandhu greeted each guest with a very warm welcome and started a memorable picture with each one.

It seemed that Taranjit Singh Sandhu was not a new ambassador for anyone, but was getting to know everyone personally and as a symbol of devotion. Subsequently, the Amit Kumar Deputy Chief of Mission gave a warm welcome to the staff, services, and family of Taranjit Singh Sandhu and the guests were warmly welcomed by the visiting guests.

Ambassador Taranjit Singh Sandhu was invited to share the words with the visiting guests. In his address, Taranjit Singh Sandhu said that the guests were not new to me. Thanks to their support and love, I received my new appointment today. I came to the United States when I was Deputy Chief of Mission three or four years ago. At that time, the situation was difficult. Those who, due to the unfailing grace of God, was stepping up for the better. Things are the same today, but with your support, we will continue to improve and grow stronger.

The summer heat and sweat are bound to make your oily scalp only worse. Here are the easiest ways to maintain it. An oily scalp...
Read more
India

USA President Donald Trump said that the United States has a ‘very good relationship’ with Pakistan and looks forward to reducing tension in the...
Read more 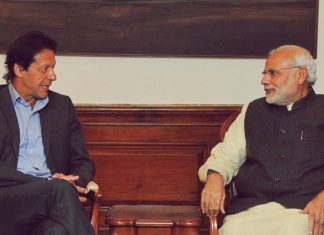 Sajjad Ahmed - June 8, 2019 0
Islamabad has made a fresh offer to New Delhi to resolve issues through dialogue, with both Prime Minister Imran Khan and Foreign Minister Shah...