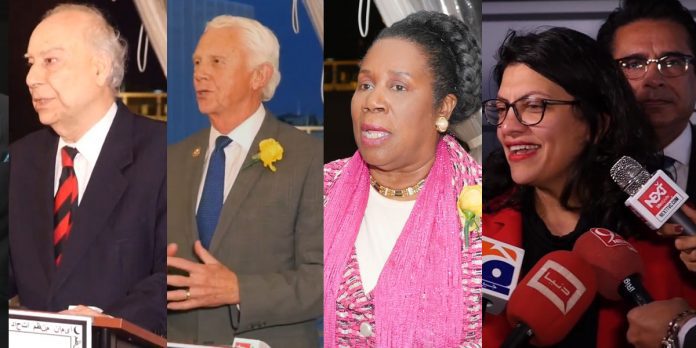 On Tuesday, May 21st, PAKPAC held its 3rd Annual Bipartisan Congressional Iftar. This was under perfect weather on the roof of PAKPAC’s office (20 F Street, NW) overlooking the beautiful Capitol Dome.

Over 85 community leaders, traveling from near and far, joined Democrats and Republicans who are leaders on the critical committees Armed Services, Foreign Affairs, Homeland Security, Judiciary and Intelligence. These are the Congressional committees that affect the US-Pakistan relationship and the civil liberties of Pakistani American immigrants.

Democrats and Republicans who are currently arguing over impeachment came together during the busiest week of May before their Memorial Day break to join PAKPAC members. PAKPAC was founded in 1989 to amplify the voice of Pakistani Americans in Washington. It is the only community organization registered with the Federal Election Commission.

Before PAKPAC launched this special tradition in 2017, nothing similar happened in Washington.

In keeping with a celebration of Bipartisanship and the US-Pakistan partnership, the evening served as the Washington launch of the newly reconstituted Congressional Pakistan Caucus. Congresswoman Sheila Jackson Lee (D-Texas), a leader on the Judiciary Committee and Congressman Jim Banks (R-Indiana), a leader on the Armed Services Committee praised the work of PAKPAC and made clear they look forward to many similar professional events.

Congresswoman Sheila Jackson Lee, the founder chairperson of the Pakistan caucus in the US Congress, while highlighting the need to revive the once close relationship between the United States and Pakistan, emphasized the need to help Pakistan overcome the current economic crisis.

Rashida Tlaib, a Muslim Congresswomen, said that Muslims “have been unjustly targeted to ignite fear and promote an agenda of hate.

We are all so much better when we work together…. We have so much in common than we do in our differences

Republican Congressman and a retired general Jack Bergman said while favoring a cooperative relationship between the U.S. and Pakistan.

As a keynote speaker, Ambassador Akbar Ahmed, Ibn Khaldun Chair of Islamic Studies at the American University, appreciated PAKPAC for hosting the event as a platform to advance dialogue.

Dr. Zulfiqar Kazmi, head of The Commongrounds interfaith organization, spoke about Prof. Akbar Ahmed’s scholarly contributions and the importance of the two countries to working together. He applauded PAKPAC leadership for the Iftar initiative.