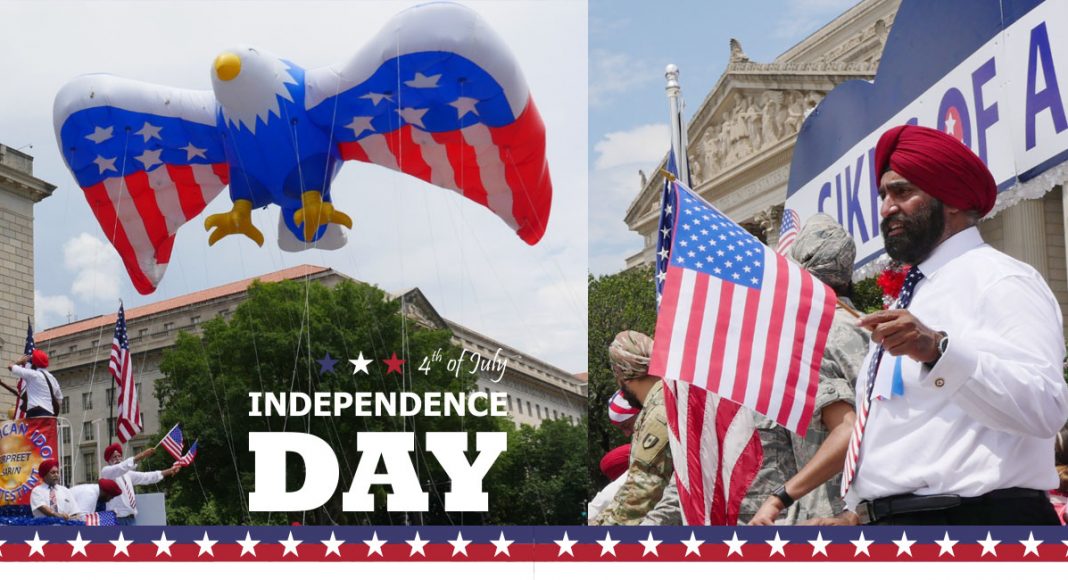 The Sikh identity continues to cool on Americans At Independence Day

Gurpreet Singh of Sikh Idol wins the hearts of Americans through national songs
Washington DC (Surinder Singh Gill) – The US Sikh has been raising its identity for the last twelve years on the US Independence Day. The initiative of the Sikhs of America Organization Chairman Jasdeep Singh Jassi’s untiring work and the flaw of the Sikhs with the full support of Kanwaljit Singh Soni on July 4, at Washington DC on the occasion of Independence Day. 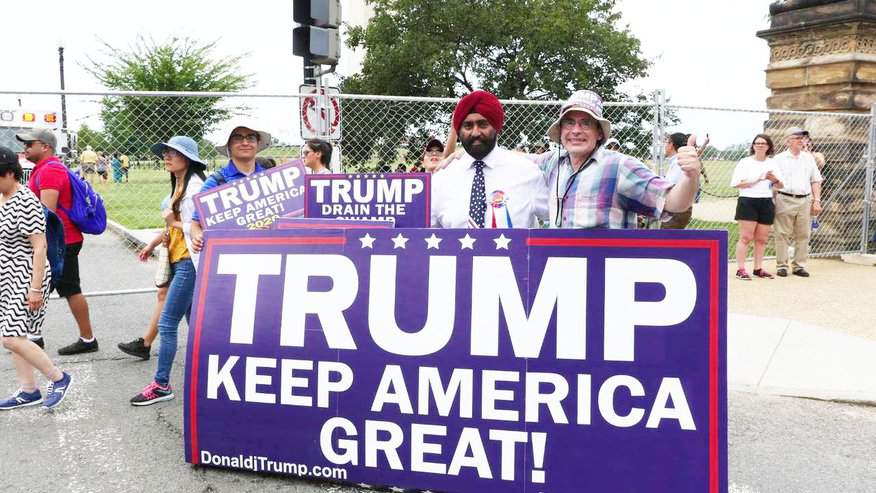 Sikhs registered their own distinct looks on independence parade which was praiseworthy. 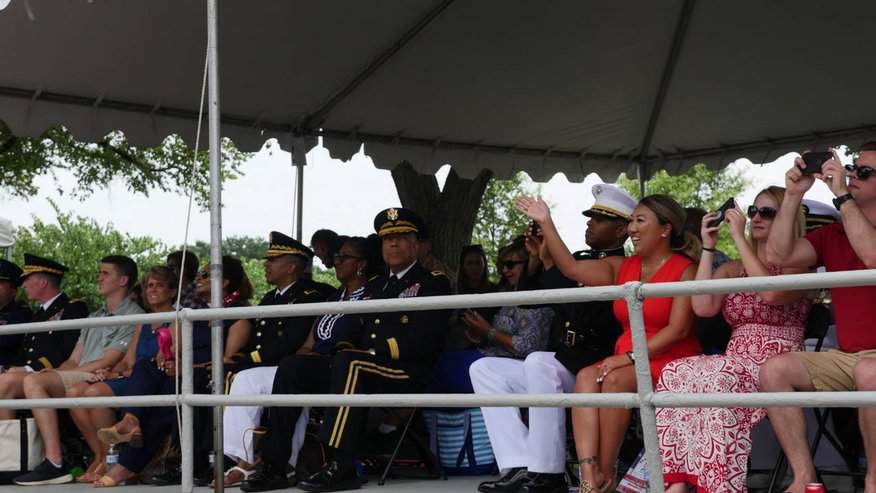 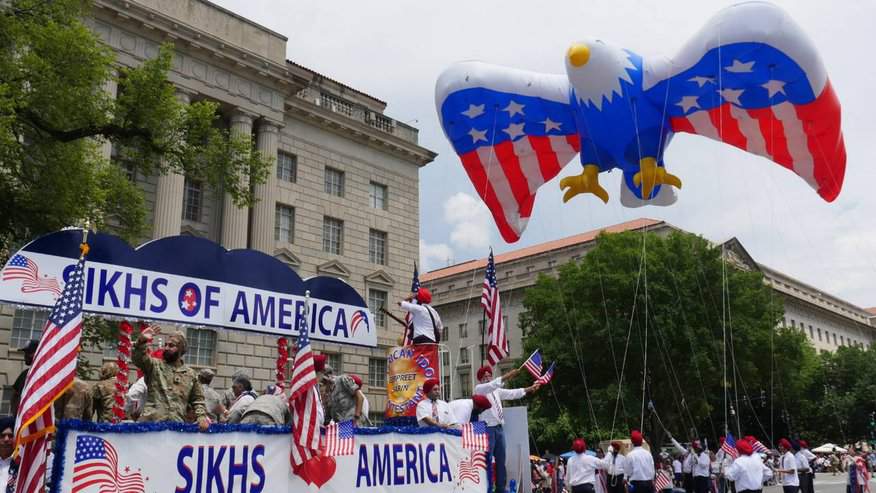 The identity of the Sikhs was recorded in front of millions of people on both sides of the road. Americana tried to know about them, which was a felicitous compliment for the entire Sikh community. This year, a gathering of Sikhs were huge where the light of our identity, splintered in the colors of the American flag, was distributed all over. The fragrance of Americans looks normal. Where Sikh American Gurpreet Idol’s songs and dances performed well in Bhangra which presented a different supernatural scene. Which the Americans highly admired. 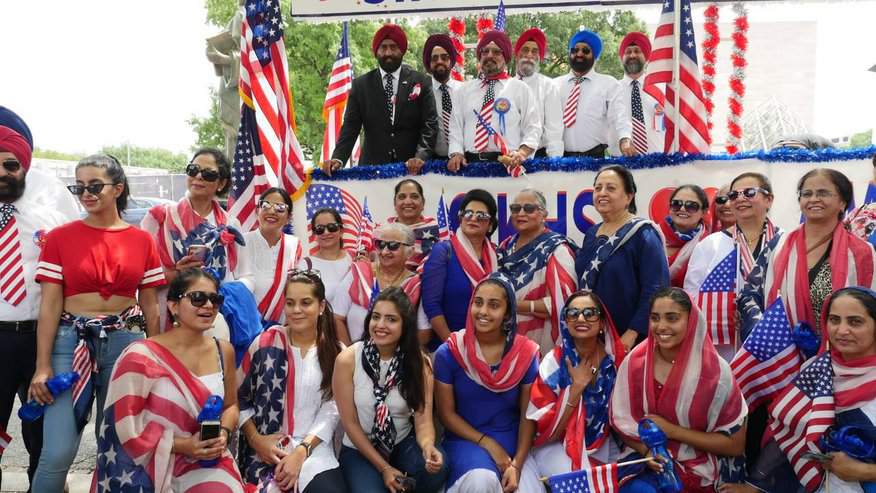 Overall, the Independence Day parade by the Sikhs imposed for charts and the identity through their Turban was well accumulated. The credit of which goes mainly to the organization of the Sikhs of America. The soldiers sitting in different positions in the Army, led by Lt. Col. Kanwaljit Singh, and their appearance from the float was submitted to the US as a brave Sikh officer in America. The bravery of the Sikhs was presented by showing the presence of army contingent on the float.

From the forum, where the different sections of the Sikhs have expanded and expressed their honesty, valor, and tolerance. While showing the mercy of their mercy and family members, the work done by the doctors, engineers, pilots, police and the army was excited. Which was a matter of pride for the Sikhs and proved to be a milestone for the status of the Sikhs of the United States.

The credit goes to Jasdeep Singh Jassi and his entire team. Surmukh Singh Manku, Dr. Sukhpal Singh Dhanoa, Kulwinder Singh Flora and Dr. Gill was a key role in the media. For whom they are worthy of gratitude.

Web Desk - January 23, 2019
The Supreme Court of Pakistan (SCP) on Wednesday canceled the order of the Lahore High Court (LHC) and ordered an immediate arrest of suspect...