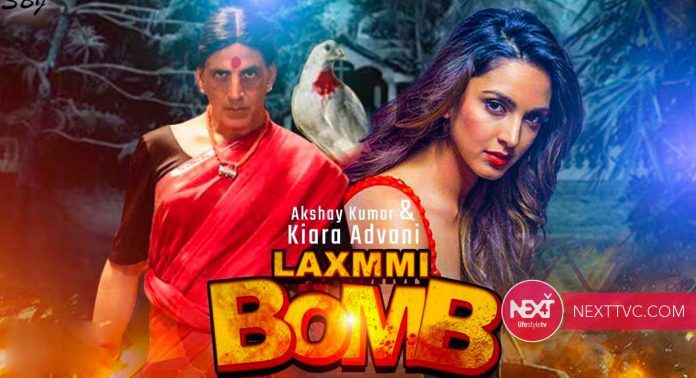 Laxmmi Bomb has been in the news for a while now for multiple reasons, starting with Akshay Kumar’s transgender avatar to a clash with Salman Khan’s Radhe on Eid to an OTT release and finally a delay its premiere on the digital platform. While insiders had confirmed to Hungama that the film will premiere on Disney Plus Hotstar on September 9 (Akshay’s birthday) the same has now been delayed by a few months. While the speculations were rife that the delay in release date is to avoid backlash on social media and suffer the brunt due to an on-going anti-bollywood campaign.

“Why would Akshay fear a backlash? He is among the most loved actors of Bollywood today. Rather, the reason for delay is more on the technical front. On seeing the final edit, Raghava Lawerence and his team felt the need to shoot for some patchwork scenes for continuity purposes and following Akshay’s approval, they decided to shoot at a studio this month. It is just a brief two day shoot with some character actors for the post-climax scenes, which is more on the humourous side. Akshay won’t be a part of the patch-work,”

a source told, adding further that being a horror comedy, the visual effects also took longer than expected as the team was working remotely from different locations across the country.

“The trailer of the film is however ready, and the ones who have seen it can’t stop raving about it, particularly Akshay’s look and performance. A trailer launch was initially planned on August 18 but everything went for a toss when Raghava requested an additional two day shoot,”

the source further shared. This isn’t the first time when Laxmmi Bomb is being reshot.

The makers had wrapped up the shoot for the horror comedy in November, however, some scenes of the climax and pre-climax were reshot at a city studio in February this year. “It’s all done for the betterment of the film. It’s a special film and character for Akshay, which is the reason why he had been insisting on reshooting certain scenes back then but the audiences are in for a laugh-a-thon soon.”