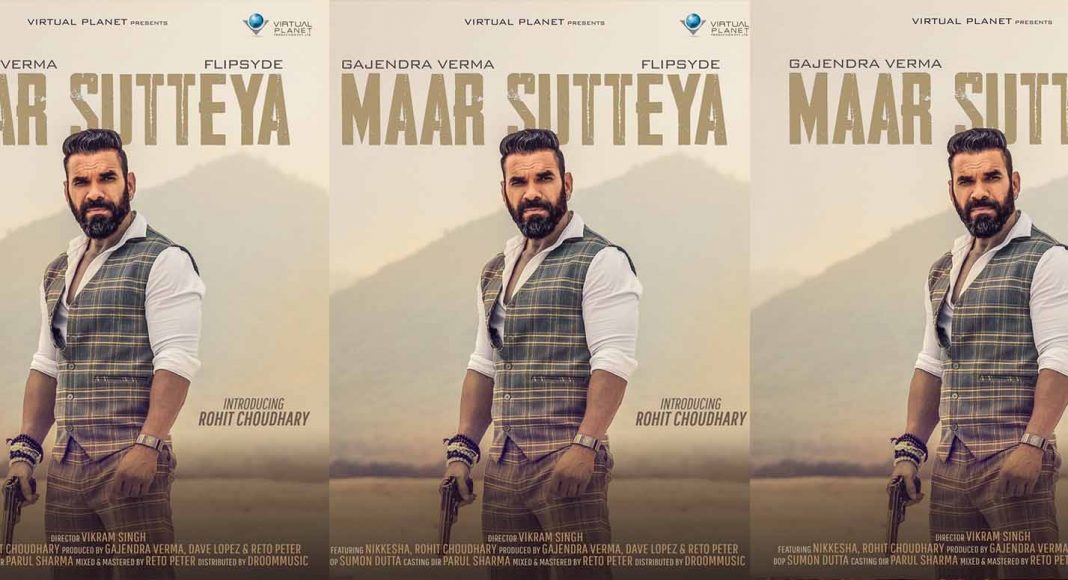 The Bad-Ass villain looks that Rohit Choudhary sports in “Maar Sutteya” is popular with viewers.

According to rumors, the video for this song was shot all over the state of Rajasthan. It was in this music video for Gajendra Verma’s hit song “Tera Ghata” that Rohit Choudhary made his acting debut. As Rohit explained, he was already a fan of Gajendra’s music before he received the call about participating in this project. After many days of searching, the casting director finally sent Rohit’s profile to director Vikram Singh, who cast him in the role of the villain in the film. It looked good.

According to Rohit, we completed filming in Jaipur in just two days despite not knowing when the dispute would be resolved during production. We were able to spend a lot of time with Gajendra Verma on set, which facilitated our work together during filming. Like his brother, the director Vikram Singh exudes an air of affability and kindness. I never had the impression that we were on unfamiliar ground when we began working together. When I was shooting, I felt like I was doing something I loved. Rohit said, “I generally stick to this look in this look of mine, although there has been a slight change in the look,” when asked about his appearance in the song.

It is our pleasure to inform you that Rohit Choudhary is a film financier and builder with a stellar reputation in the Delhi business community and among the city’s fitness enthusiasts. In the upcoming Marathi film “Aamdar Niwas,” Rohit Choud

Sajjad Ahmed - August 14, 2020
Salman Khan’s brand Being Human launched their range of face masks today. The actor took to his Instagram handle to announce the same and...