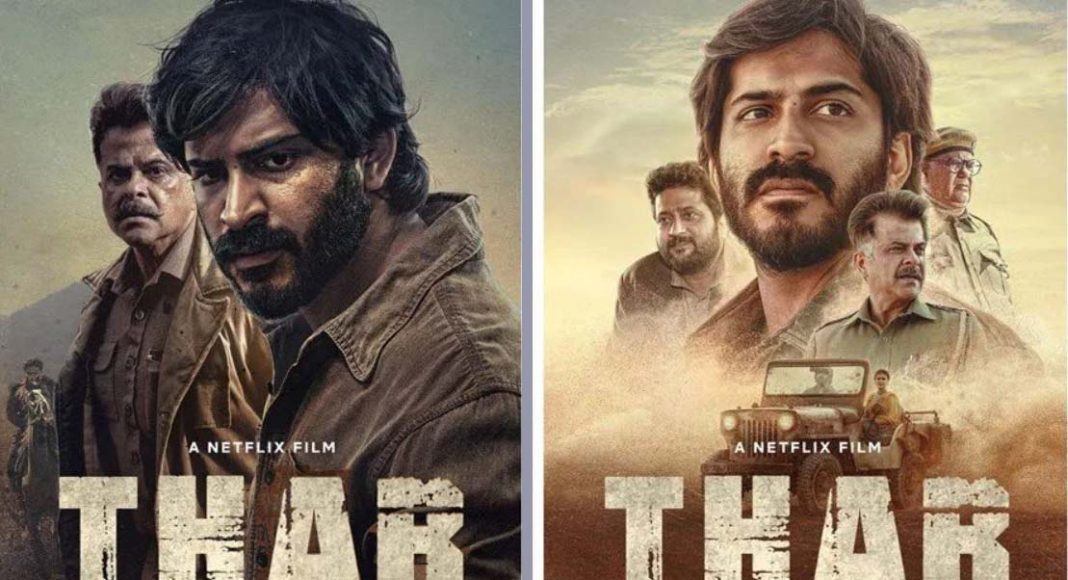 Thar, starring Anil Kapoor, Harshvardhan will be available on Netflix on May 6th.

Thar, Netflix’s next feature with Anil Kapoor Film Company, is coming. On May 6th, 2022, the film will be made available for streaming for the first time. The film is situated in the Western Film-Noir environment and promises to be an immersive experience for the spectator.

Producer and actor Anil Kapoor said about his forthcoming film in a statement: “I am incredibly pleased of what we have done with Thar and am tremendously enthusiastic about the picture for various reasons.” First of its kind for Indian film and viewers, the thriller is set in Rajasthan and pays homage to the traditional Western genre. A dynamic mix of newcomers and industry veterans may be found here, on and off-screen.

Harshvardhan and Fatima Sana Sheikh star in the film as a new couple, and director Raj Singh Chaudhary works with a young cast, including director of photography Shreya Dev Dube and composer Ajay Jayanthi, to create enchantment on the set. At every step along the journey, I’ve tried to push the boundaries of what’s possible by creating new, cutting-edge material.

To me, the show is an outward representation of this fixation, and I’m grateful that Netflix is willing to work with me to tell the tale as far as possible. At AKFC Network, we think the film will be embraced by viewers in India and throughout the world because of its beauty, grit and excitement.”

Anil Kapoor, Fatima Sana Shaikh, Satish Kaushik, and Harsh Vardhan Kapoor star in Raj Singh Chaudhary’s Thar. Siddharth, an antique merchant, travels through a Rajasthani hamlet that has lately been shaken by a string of violent deaths in the film. Siddharth is an interesting character.