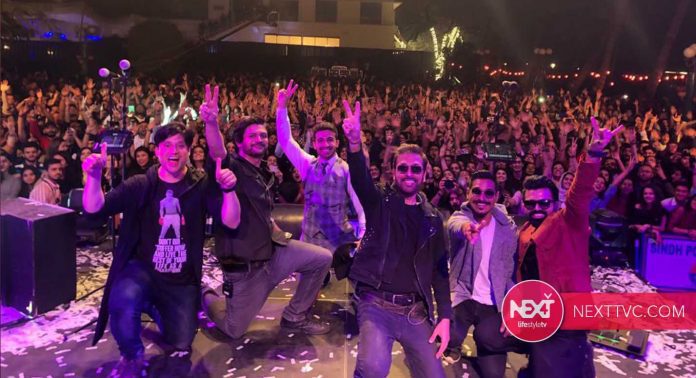 Strings, Pakistan’s favorite pop-rock band, took the stage in Karachi last night in one of the most vibrant live performances of recent times, as a part of their collaboration with Salt Arts.

Playing a huge part in the revival of the concert culture in Karachi – Strings has played big and small arenas in the country, garnering love every time. Filled with a dizzying array of guitar riffs and drum beats, the band showcased a combination of new and old songs, including hit singles from their recently released album ’30’.

The sea-front venue provided an intimate space for the band to give a captivating performance to the thousands of Karachiites in attendance.

“For the legends, for the champions, for being there for thirty years, and for showing us all the way… Thank you Strings! Karachi you are forever #1” was posted on the Salt Arts social media after the event.

The band has been performing at concerts and festivals, bringing their live performances to the eager crowds around the country after the release of their album ’30’.

About Strings: This internationally acclaimed Pakistani pop-rock band is composed of two members, plus four live band members from Karachi, Pakistan. Strings have been one of the most enduring stories of Pakistan’s musical scene.

Having laid the blueprint for pop-rock in Pakistan, their inimitable body of work includes five studio albums, four-season of Coke Studio, multiple international film soundtracks, and more. Known for their melodious tracks and thoughtful poetry, Strings have managed to stay relevant in the Pakistani music scene over all the changing musical eras.