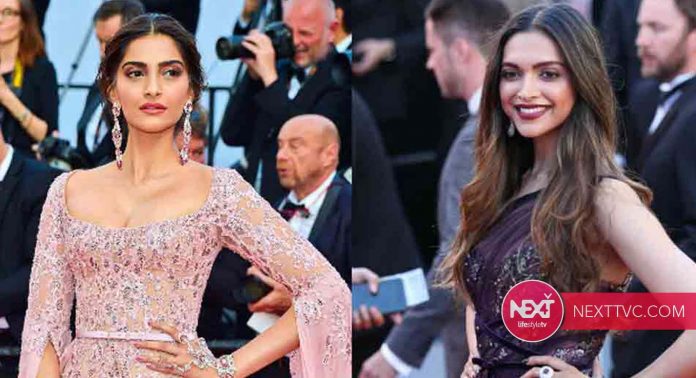 While Bollywood celebrities may appear to be supportive of their fellow industry insiders, they too have their fair share of rivalries in the business.

Fans of Deepika Padukone and Sonam Kapoor are getting reminded of the time the two divas pointed their guns at each other courtesy of their Koffee with Karan interviews that only worsened their ties.

An unearthed episode of the famous chat show shows Sonam and her father Anil Kapoor getting candid and making several remarks against the Padmaavat actor.

Sonam, giving some fashion advice to Deepika, said: “Create your own style. Katrina is herself. She does not try to fit into a mold, which I respect a lot. She is not trying to be the fashion icon of the century. Even if Katrina wears jeans and a T-shirt and has her hair in ponytail… I’d rather have that than someone who is like ‘I want to be on the cover of Vogue every three months’.”

She went on further to dub Deepika as a “good girl gone bad” adding that the only thing the Tamasha actor has that she does not, is “an overenthusiastic PR team.”