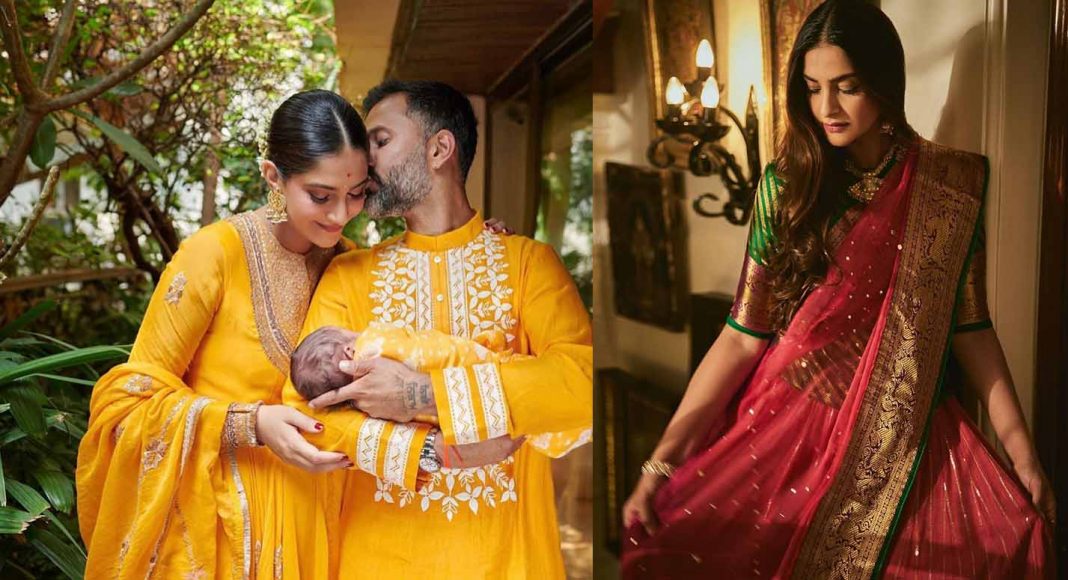 In this video, Sonam Kapoor dresses up to impress while nursing baby Vayu; Anand Ahuja’s reaction is priceless.

In her most recent video, Sonam Kapoor gave fans a glimpse of her newborn son, Vayu.

Sonam Kapoor is currently experiencing a high point in her career. She and her husband, Anand Ahuja, just had their first child, a girl they named Vayu. The actress is doing a great job juggling motherhood and her career, as evidenced by a recent video in which Sonam was getting ready for a red carpet-appearance while baby Vayu sat on her lap. At the time she was feeding Vayu, her team was there to lend a hand.

Sonam Kapoor can be seen in a video sitting on a chair in her makeup room while wearing a white robe with floral prints. She introduces the camera to the dedicated people who keep her looking stunning at all times. Later on, the video displays her jewelry and her upcoming outfit. At the end of the post, she shows a photo of herself breastfeeding her baby, Vayu, who is wrapped in a white blanket and sitting on Sonam’s lap. “It’s so nice to get back to the real world with my team, get dressed up, and meet people. I love being back on my home turf,” Sonam wrote alongside this video. I adore you, Mumbai, despite your many flaws. “Built for this mama, @sonamkapoor,” Anand Ahuja commented.

Sunita Kapoor, Bollywood’s reigning fashionista, recently hosted Karwa Chauth celebrations at her home in Mumbai. Sonam Kapoor was photographed having a blast at the after-party. The new mother’s ethereal appearance was completed by a rani pink silk saree, a contrasting green blouse, and a collection of dramatic necklaces. Sonam Kapoor Ahuja finished off her look with her usual makeup and a loose, curly hairstyle.