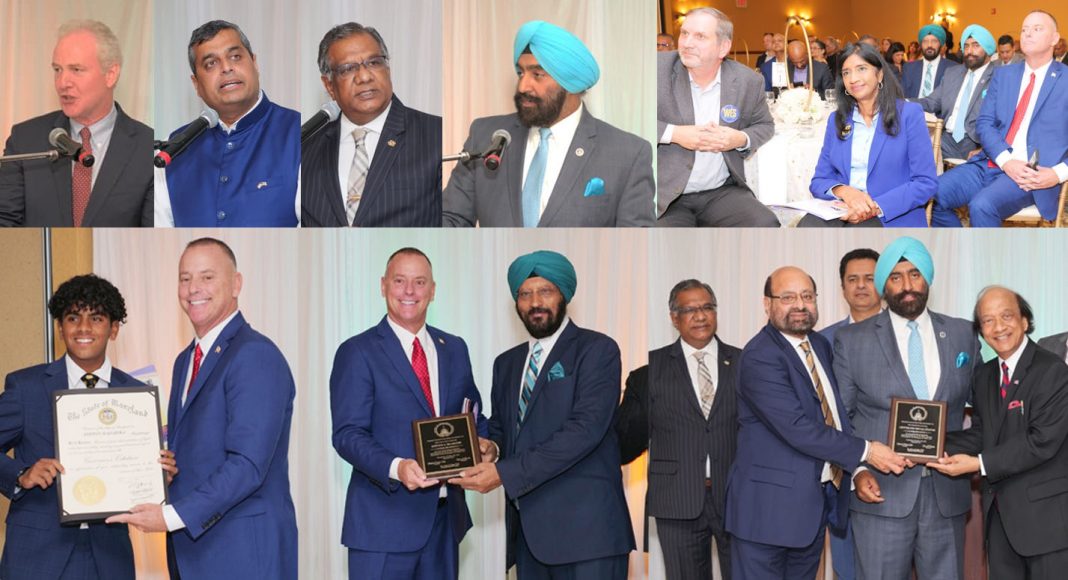 Azadi Ka Amrit Mahotsav, held on India’s 75th anniversary of its independence, was commemorated on a massive scale by the Sikhs of America and the National Council of Asian Indian Association (NCAIA). Additionally, Global Haryana received a unique level of support for this event.

Prominent political leaders in Maryland also attended this gathering. On this occasion, the National Council of Asian Indian Association (NCAIA) and the Sikhs of America The fact that candidates for approaching elections for both the Democratic and Republican parties in the United States were present at this gathering is evidence of the significance of what was going on there.

The ceremony was also attended by US Senators, Congressmen, and Councilmen from the state of Maryland, with the name of U.S. Senator Chris Van Hollen of Maryland standing out among those in attendance. In addition, the County Executive of Maryland, Mark Arvich, Congressman David Throne, the Lieutenant Governor of Maryland, Aruna Miller, and Steve McAdams from the office of Maryland Governor Larry Hogan, arrived. In addition, organizations representing Asian Indian Muslims and the Aligarh Alumni Association participated in the event. In addition, the executives of Sikhs of America took part in this presentation, which was directed by Baljinder Singh Shammi and featured the contributions of Gurwinder Sethi, Maninder Sethi, Jaswinder Johni, Raj Saini, and Chatar Singh Saini. Jaswinder Johni’s contribution was especially noteworthy.

The speakers at this event not only congratulated India on Independence Day but also discussed the value of gaining one’s autonomy. Cultural items were also given out to those present. Afterward, everyone dove into the delicious feasts that had been prepared.

Share
Facebook
Twitter
WhatsApp
Previous article
Religion is at the heart of the nation’s celebration of EID Miladun Nabi (PBUH).
Next article
In celebrating Amitabh Bachchan’s 80th birthday, Shefali Shah reveals the actor’s fondness for calling her “maalkin” in an exclusive video.
- Advertisement -