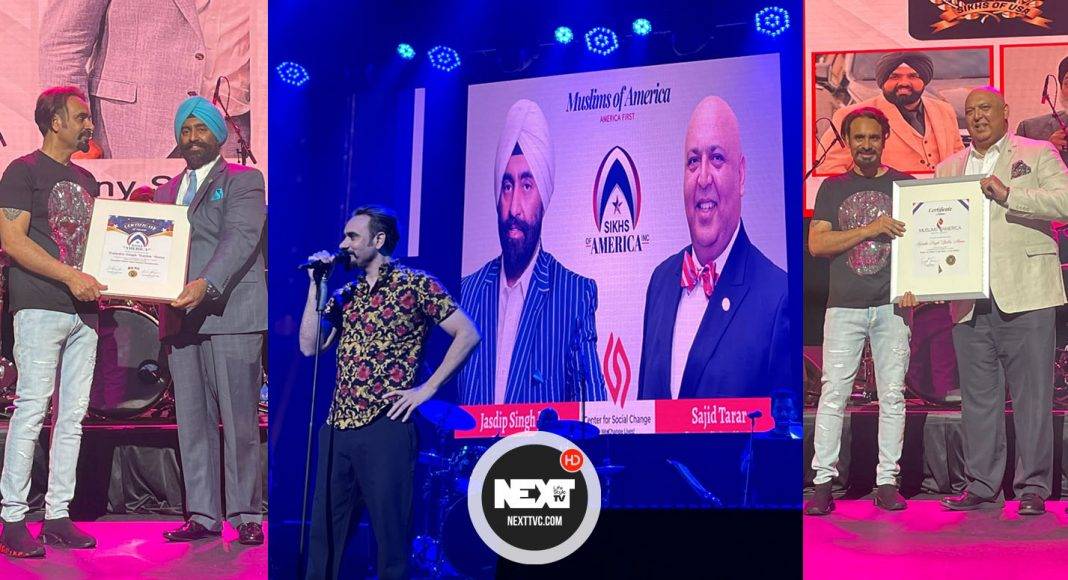 As part of his tour across the United States, singer Babbu Maan performed in Capital One Hall, Virginia, thanks to the efforts of cultural producers Sunny Malli, Mehtab Kahlon, and Imran Raja.

The Chairman of the Sikhs of America, Jasdip Singh Jesse, gave a speech in front of the crowd. His work with Kisan Morche raises the voices of various ethnic groups and crops, which we appreciate just as much as we adore how Babbu Maan’s voice is delivered and carried. Punjabis have shown their support for Babbu Maan due to his work to better the lives of farmers. As a sign of gratitude for his contributions, the Sikhs of America presented him with an appreciation award.

Sajid Tarar, the Chairman of Muslims of America, was similarly effusive in his support for Babbu Maan and his work to advance Punjabi as a mother tongue. He advocated for Babbu Maan’s return to Punjab to forge stronger links. It would be interesting to hear from well-known Punjabi vocalists like Babbu Maan. The comments made by Babbu Maan indicated, according to him, that this union might take place soon if God permits it.

The surrounding communities of Washington, DC, Maryland, and Virginia sent many people to attend this event.