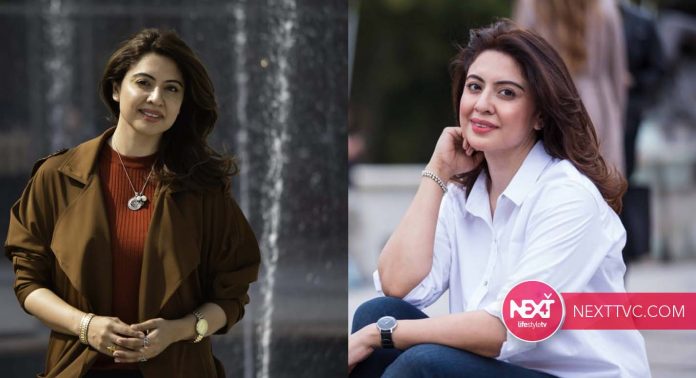 The Citizens Foundation recently welcomed renowned journalist Sidra Iqbal as its Goodwill Ambassador to raise awareness on how quality education has the power to help society change for the better. 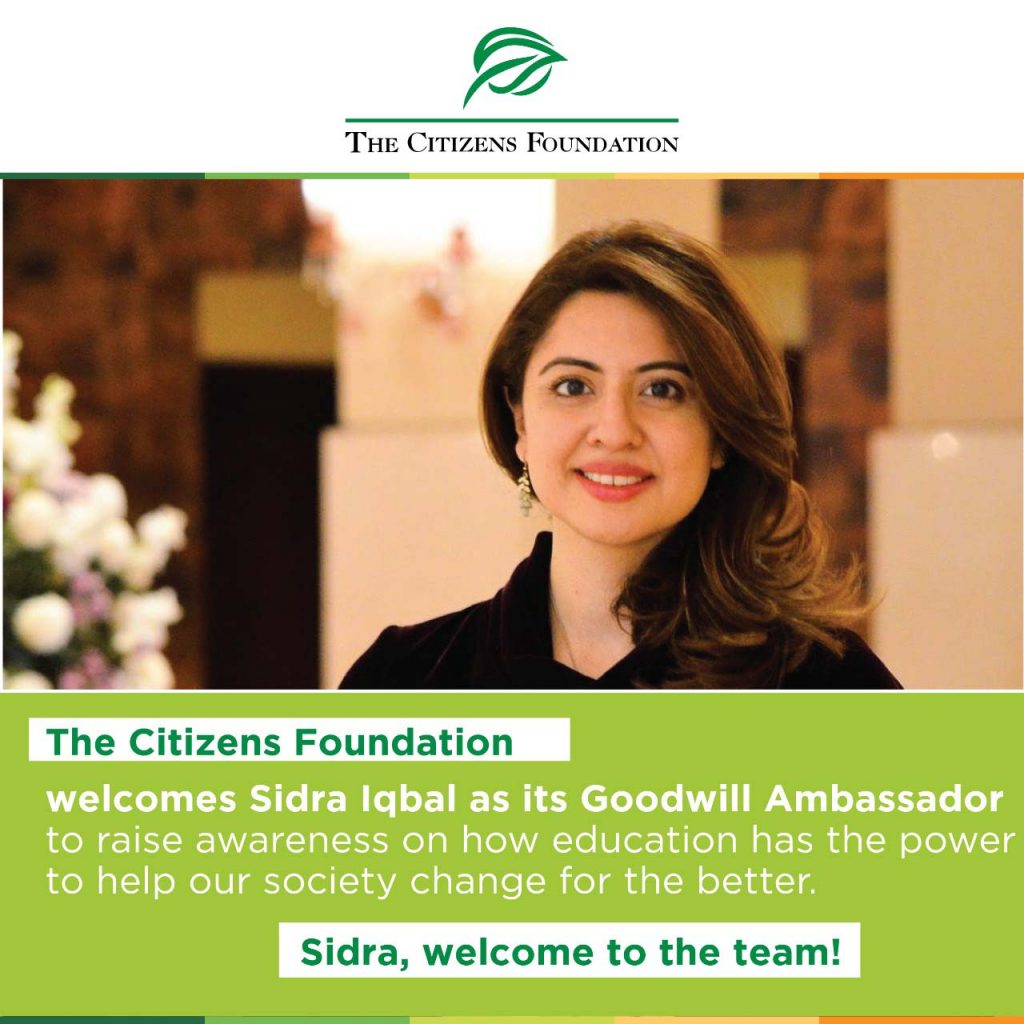 As a Goodwill Ambassador, Sidra will be working alongside the TCF team, using her influence to create awareness for the education emergency in Pakistan and highlight how TCF is working on the grass-root level to take education to the most difficult parts of the country for the less privileged children.

“The world around us has drastically transformed and we have been left with no option but to adapt swiftly. This new world will need innovation, compassion, commitment and re-skilling the next generation. TCF has a brilliant legacy of a positive learning environment and the opportunities of excellence which helps their students to believe in their dreams and break the cycle of poverty,” commented Sidra.

Regarding the collaboration with TCF she said, “I have always been inspired by TCF’s work, and I am very excited to work together with the team at a time when it is ever more significant to learn, believe and dream.”

Sidra is one of the most powerful youth icons and highlights real issues through her media work. She is the first Pakistani to be presented the GR8 Women Award for Journalism 2014 by the Government of UAE. She is also the first Pakistani to be invited to the esteemed International Leadership Program, a fellowship initiative of the Foreign and Commonwealth Office, Government of UK. For the past 12 years, Sidra is a mainstream television journalist with core focus on politics, global affairs & socio-economic issues of Pakistan.

About The Citizens Foundation (TCF):

TCF is a strong advocate of the belief that a truly informed and educated society forms the foundation of a progressive state and instills in its citizens the ability to adapt and evolve with changing times. It is a non-profit organization set up in 1995 by a group of citizens who wanted to bring about positive social change through education. 25 years later, TCF is now one of Pakistan’s leading organizations in the field of education for the less privileged, educating 266,000 students across 1,652 schools in Pakistan.

The TCF model focuses on providing quality education through purpose-built schools located in the heart of Pakistan’s urban slums and rural communities. The organization ensures that girls represent nearly 50% of overall student enrolment. To magnify its impact, improve enrolment and quality of education, TCF is now adopting Government schools across Pakistan. www.tcf.org.pk