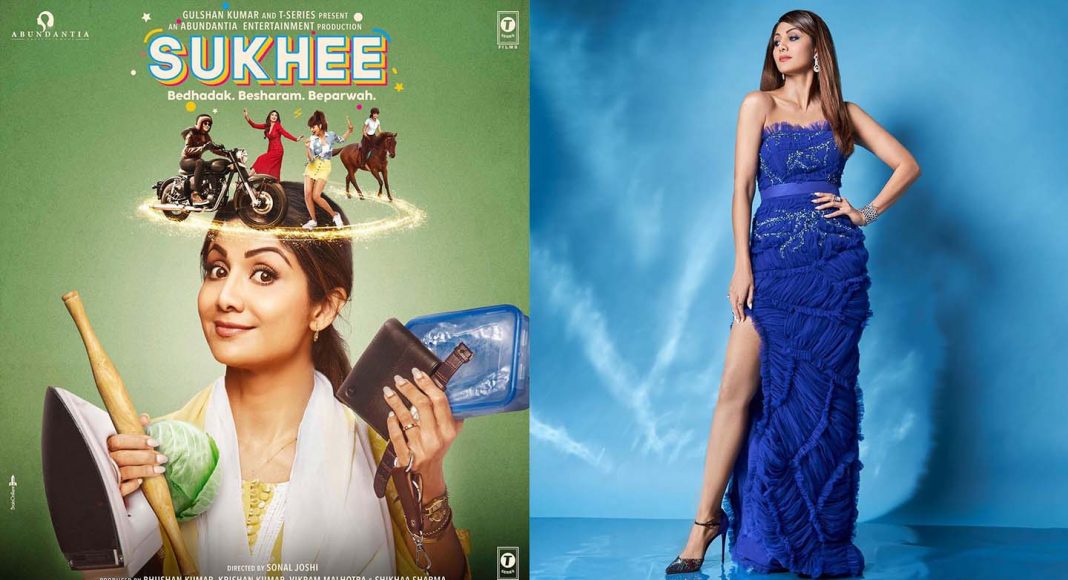 Shilpa Shetty offers the first look at the motion poster for her next flick Sukhee.

Just below the film’s title, the words “Vedhadak Besharam Beparwah” are inscribed. It’s also possible to observe Shilpa performing a wide range of activities, from biking to dancing to singing. To see how all these avatars interact in the film is going to be fascinating.

Shilpa is seen in a salwar suit holding a rolling pin, an iron, a vegetable, a wallet, a watch, and a medicine box in the poster she uploaded. She seems to be playing the part of a housewife based on her attire and demeanor.

While sharing the movie’s poster, Shilpa joked, “Thodi bedhadak si hoon main! Meri zindagi hai khuli kitaab! In and As #Sukhee, a collaboration with @abundantiaent and @tseriesfilms, is now here! Directed by @random amusement and starring @tseries.official, #BhushanKumar, and @ivikramix.