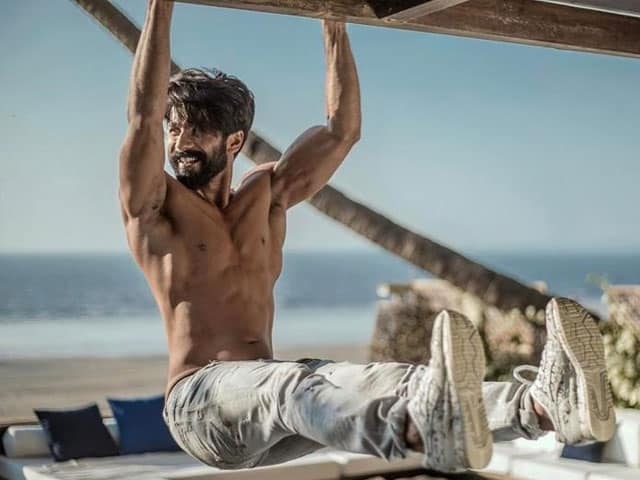 Shahid Kapoor is the chocolate boy of B-town and is known for his every changing physique. He is known to work hard in the gym to stay fit and change his physique as per the requirement of his character. Other than this, he is also known to have inspired his wife to stay fit and workout regularly. Moreover, we’ve all seen Shahid Kapoor’s chiseled body and praise-worthy abs in his recent release and much-loved film, Kabir Singh.

This film made most of us fall in love with Shahid Kapoor and his absolutely fit and sculpted body. Being a father of two children and his crazy shoot schedules, he still somehow always manages to find time to hit the gym and stay fit. This is probably why he is an inspiration or rather a fitness icon for most of his fans and followers. If you’re looking to get fit, you may want to get a little insight into Shahid Kapoor’s fitness secret.

His workout regime also includes swimming and yoga. Other than this, Shahid is known for his amazing dancing skills and he enjoys dancing. So, he includes some dance in his workout routine which helps him burn calories and build his muscles.

Shahid Kapoor’s diet plan:
Shahid Kapoor is a vegetarian which makes it very difficult for him to build muscles. He includes a lot of healthy vegetables and fruits and legumes in his diet. He eats beans and green vegetables and protein-rich foods like milk and paneer and other healthy dairy products. He also takes protein supplements and whey proteins to sustain his body and muscles.

He completely avoids foods that are high in fat and carbs and avoids consuming artificial sweeteners as well. He follows a very strict routine and watches his meal portions. He consumes 5 to 6 small meals in a day instead of 3 big ones which helps him with portion control and he also eats on time and does not let his schedule impact his meal timing.