The Supreme Court of Pakistan (SCP) on Wednesday canceled the order of the Lahore High Court (LHC) and ordered an immediate arrest of suspect Shah Hussain who had stabbed a student Khadija Siddiqui at least 23 times in Lahore in the year 2016.

Earlier, the LHC had acquitted Shah Hussain while giving him benefit of the doubt.

His lawyer argued with the apex court that the order of the LHC could not be canceled and that relatives of the injured persons were present at the time when doctors were performing medical examination and quoted doctor that Khadija was still conscious.

“Surgeons are expert, they had only written condition of injuries,” the judge responded, and subsequently restored the five-year sentenced awarded to the suspect.

#KhadijaSiddiqui Allah ka shukkar. Salute to the determination of Khadija who has halted her studies abroad to fight the case here in Pakistan. Now we all await an exemplary punishment. pic.twitter.com/DLyWiLNXz6

In the face of incredible opposition, disbelief and outright hostility, thank you for persevering in your pursuit of justice, @khadeeeej751.
Congratulations. https://t.co/RpoacLt80n

Congratulations Khadija! A great news as justice is finally served in this particular case. Thank you Chief Justice Khosa 💓 https://t.co/hlkRt8rz67

Barrister Salman Safdar and Dr. Khalid Ranjha respectively represented Khadija and Hussain. The bench also allowed both Shah Hussain and Khadija to present their view at the end of the hearing.

A Lahore judicial magistrate handed down the sentence of seven-year rigorous imprisonment to Hussain after finding him guilty of attempted murder on July 29, 2017. A sessions court in March 2018 set aside the minor penalties of the convict and commuted the sentence to five years.

Last year, the LHC acquitted the convict on the basis of insufficient evidence. Former CJP Saqib Nisar took notice of the acquittal back in June 2018 and referred the matter to Justice Khosa for adjudication.

The SC’s short order, dictated after 15-minute deliberations, said reasons of the order will be issued later but “appeal is allowed by setting aside the LHC judgment about the acquittal of law student and additional judge’s order has also been restored”.

Subsequently, Hussain was arrested by the capital police outside the courtroom No 1. This is the second criminal case in which the apex court ordered the arrest of convicts after their acquittal by high courts.

Earlier, the court reversed a Sindh High Court verdict and ordered the arrest of Shahrukh Jatoi who killed the son of a policeman in Karachi in December 2012.

Legal experts believe that it is not ‘an open and shut case’ as the prosecution could not establish its case beyond reasonable doubts. Likewise, there were also glaring flaws in the investigation.

They say unlike other criminal cases, the apex court has changed its approach to adjudicating Khadija case, which became high profile after media hype.

During the hearing, the bench raised questions over the LHC verdict, saying that the high court totally misread and none-read the pieces of evidence in this case.  The court also asked that when the victim knew that the attacker was Hussain then why she revealed his name after five days.

The best solution is not always taking Suo motu notice. Rather it is important to enable the judiciary to divorce itself from the Bar in areas where judicial independence is compromised

Barrister Safdar said she was not in her senses at the time of the attack, adding that Hussain planned and only attacked Khadija, while he did not harm her driver.

The CJP asked why Hussain wanted to kill Khadija and was this question put on record.

“The suspect had a lot of chances to get killed. Why did he decide to kill her in a crowded area and was this point put on record? Stabbings can be a result of provocations if the boy was interested in the girl then why did he want to kill her?” he further said.

Barrister Safdar said it is on record that they both were very close to each other. Seven months before the attempted killing, they both ended the relationship.

“Shah Hussain kept on insisting and Khadija kept on rejecting. This is a case of insistence and rejection. Khadija gained consciousness five days after the attack and immediately named Hussain as the suspect.”

The CJP noted that the recovery memo states that a helmet and two hair strands were found. “Was a DNA test conducted of the hair?” he asked. The lawyer stated the police said they sent the hair to the forensic lab but the lab representatives said that they did not receive it.

Justice Khosa remarked that in such cases there are two possibilities. “It might be a case of ‘You are mine or no one else’s’ or the girl might have something that can be used to blackmail the boy.”

Defense counsel Ranjha said lapses on the part of prosecution cannot be read as proof against his client. He said the prosecution failed to prove its case beyond doubts in this matter and, therefore, the LHC gave benefit of doubt to him.

“Whether deviation by the LHC from the available record is the ground against Hussain?” he also asked.

Khadija’s counsel informed the court that the FIR in the case was registered on the family driver’s request. The driver was with the sisters at the time of the attack. Justice Khosa pointed out that since Khadija and Hussain met every day and the driver would pick and drop her, there was a high chance that he was also acquainted with the suspect, due to which Hussain was not nominated in the FIR.

The CJP also wondered why Hussain sought a pre-arrest bail if he was not nominated in the FIR and was only named by the driver as a suspect. Khadija’s lawyer clarified that the driver said Hussain was a suspect after the victim’s statement.

The CJP, while making light of the situation, said both the law students decided to practically examine the law. Justice Khosa also lauded Punjab’s forensic laboratory during the hearing and deemed it number one in the region and number two across the globe.

Later the bench allowed Hussain to briefly argue his case as he was dissatisfied with his lawyer’s submission. Hussain said he was nominated because he refused to marry Khadija and ended the relationship. He said Khadija had expressed reservations over examination of letters sent to him.

“The prosecution attempted to portray me as a desperate person,” the accused further said.

Khadija also appeared before the bench. The CJP asked her regarding the statement she gave to the doctors, wherein she did not nominate Hussain. She said she had remembered very little at the time.

After deliberations, the bench dictated the short order about the reversal of the LHC verdict.  After the announcement of the verdict, Khadija and her parents started weeping in the courtroom.

“Today is a victorious day, it is a landmark decision which shows that nobody is above the law in Pakistan,” she said. “The verdict will serve as a precedent for hundreds of Pakistani women who are harassed every day but are scared to go to the police or the courts.” 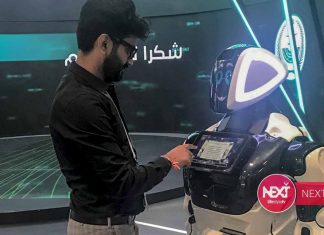 Sajjad Ahmed - August 31, 2020 0
Being an IT Businessman Parmarth Mori is an extraordinary Tech Entrepreneur who consistently impacts New Technologies in Gujarat India. A youthful Tech Entrepreneur from Wadhwan...