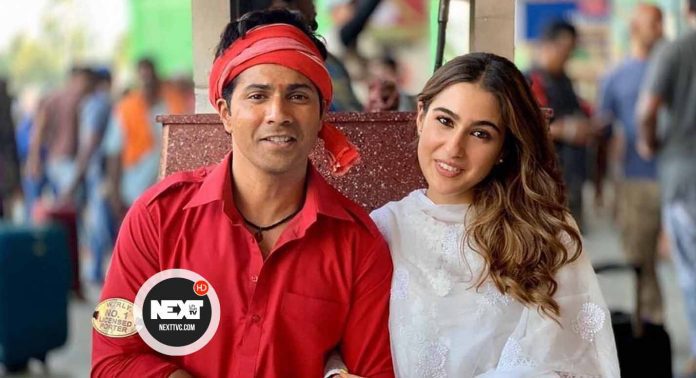 When asked about reprising Karisma Kapoor’s role and how she felt that the character was, in a way, a passive one, Sara Ali Khan said, “One is not trying to copy Karisma ma’am or trying to fill her shoes or anything like that because she is an institution in herself. While she is extremely inspiring, I wouldn’t dare to try to ape her because I wouldn’t be able to do so even if I tried very hard. So the only attempt here is to bring something of my own into this film.

One of the highly-awaited movies of the year is Coolie No. 1 which brings a modern-day rendition of the iconic 1995 Govinda and Karisma Kapoor starrer family comedy and stars Varun Dhawan and Sara Ali Khan in the lead roles.

For me, it wasn’t as much about following in her footsteps as much as it was about performing under David sir’s guidance, chemistry with Varun, and things like that.”

“As far as a passive or active character or screen time is concerned, for me as an actor, it is exciting to be part of exciting films.  I want to be able to do different genres of films, I want to tell interesting stories and at the end of it, I want to do films like these that make you laugh. Now, if you are laughing because of Varun’s jokes or mine or Paresh sir’s, I don’t get bothered with that. You are watching my film and laughing. I am very satisfied with that,” Sara Ali Khan added.

Directed by David Dhawan, Coolie No. 1 also stars Paresh Rawal, Javed Jaffrey, Johnny Lever, Rajpal Yadav amongst others, and is produced by Vashu Bhagnani, Jackky Bhagnani, and Deepshikha Deshmukh. Bringing festive cheer this Christmas, Coolie No. 1 will premiere exclusively on the 25th of December, 2020.