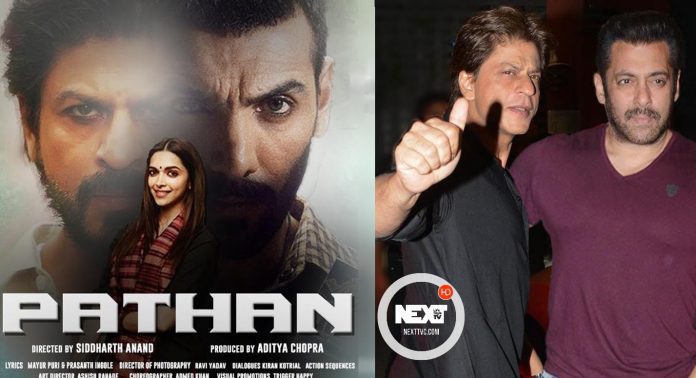 The superstar is all set to join Shah Rukh Khan, Deepika Padukone and John Abraham in UAE for the next schedule of Pathan. Salman has allotted 15 days for the spy thriller, and he will get done with it before moving on to Tiger 3 from March.

“Salman Khan has a prolonged action scene in Pathan which will be shot in UAE. It features not just him, but also Shah Rukh Khan, Deepika Padukone and John Abraham. Apart from this, a special entry scene is being designed for his appearance as Tiger. It’s going to be a massive stint with all the superstars in United Arab Emirates,” source told, adding further that Salman is being paid upfront fees for his appearance as Tiger in Pathan. “The reunion of Salman and SRK, along with the never seen before action scene on Burj Khalifa with SRK is going to be among the major highlights of Pathan.”

The exact dates are being worked upon at the moment, but the sequence in question will be shot around February 15. “While team Pathan has shot some chase sequences and action scenes at Burj Khalifa with body doubles, the Pathan gang of Shah Rukh Khan, Deepika Padukone, John Abraham will fly down to UAE within a week to do their respective scenes. It’s a big schedule of around 50 days, and the majority of action and thrill unfolds in UAE,” the source further shared, adding that SRK and DP play special agents in Pathan.

While Hrithik Roshan too has been approached for a cameo in Pathan thereby making a universe of Tiger, Kabir and Pathan, one still awaits a confirmation from his end. Pathan is gearing up for a release in second half of 2021 with Aditya Chopra targeting an opening on either of Gandhi Jayanti or Diwali. It’s said to be an extension of Adi Chopra’s spy universe that started with Ek Tha Tiger in 2012. A crossover featuring 3 protagonists is expected to be made after Tiger 3.