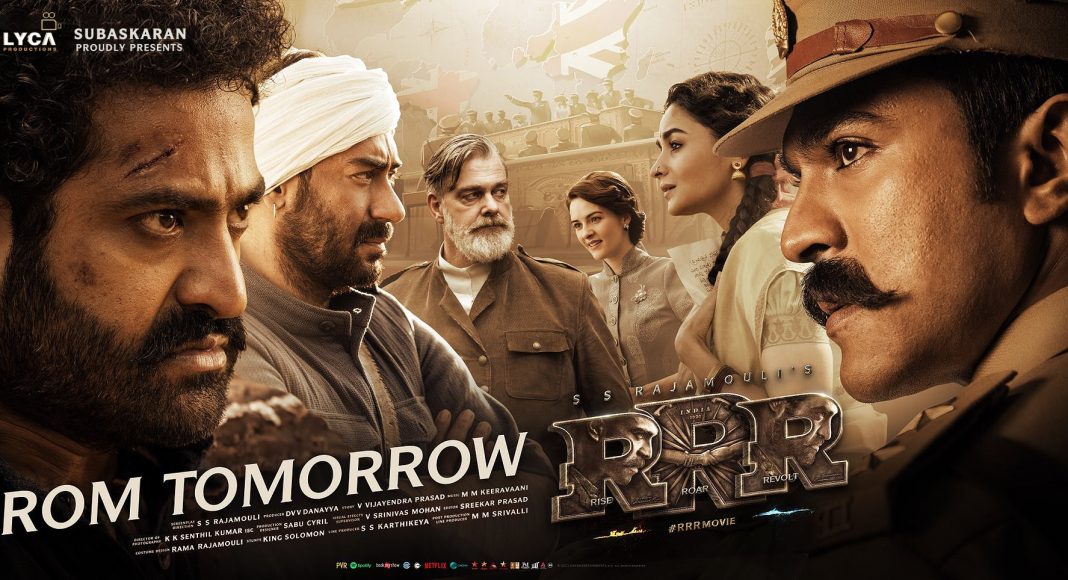 RRR Movie expected to release in around 8000 screens worldwide

RRR, the much anticipated film, will be released in theaters in less than 24 hours. A lot of people are excited about the movie since the teaser promises a lot of fun. In addition, S. S. Rajamouli, the filmmaker of Baahubali, is behind the camera. As the director of the Baahubali series, he has earned the faith of moviegoers. As a consequence, RRR is expected to be a full-blown action film both the trade and the public.

“According to the buzz, RRR will have a global release. Around 3200 screens are anticipated to show the Hindi version of the film when it is released there. In the South, the number of screens will range from 3000 to 3500.”

According to the source, “The film is expected to be shown on at least 1750 screens throughout the world. In fact, estimating the actual number of displays is impossible since new ones are constantly being added.” Over 8000 screens across the globe will be able to see RRR.

RRR will be shown in more than 100 IMAX theaters throughout the globe, making it the most widely distributed film ever. Following a voluntary removal of around 5 minutes from the film in December 2021, the final running time of RRR is 3 hours and 1 minute. According to an exhibition industry insider, “It takes around an hour and 38 minutes to go through the first half of RRR. However, if the picture itself is compelling, this isn’t a problem. Pushpa’s first half lasted an hour and 35 minutes, and no one seemed to mind the length at the time.”