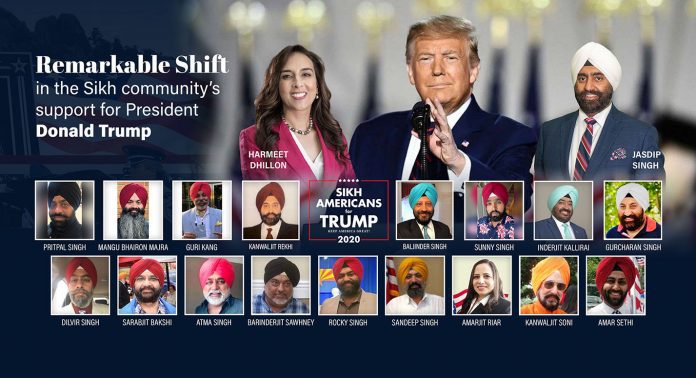 There has been a “remarkable shift” in the Sikh community’s support for President Donald Trump, mainly because of his policies that helped small businesses in America and to strengthen the India-US relationship, according to the community leaders.

Trump, a Republican is seeking re-election to the White House in the November 3 presidential election. A significant number of Sikhs are based in some of the battleground states of Michigan, Wisconsin, Florida, and Pennsylvania.

“Most of us in the Midwest are business people. And they are all for President Trump,” Darshan Singh Dhaliwal, a successful entrepreneur and prominent Sikh leader from the Milwaukee area of Wisconsin told PTI.

He said that Sikhs nationally and particularly in the region are supporting Trump because of his efforts to strengthen relations with India and his friendship with Prime Minister Narendra Modi.

“This cannot be said about (Senator) Kamala Harris,” Dhaliwal said Harris is the vice-presidential candidate of the Democratic Party.

“Trump is for India. Kamala Harris is (of) Indian (origin), but she is against India,” he said,

adding, “these are two big reasons that we are with Trump.”

“My fear is that if Trump is not re-elected to the White House, China is going to push us pretty hard,” he said. 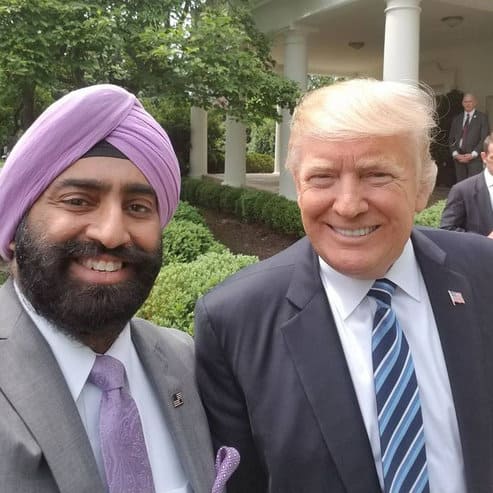 Jasdip Singh Jesse, from the Sikhs for Trump, an organization that he formed in 2016 to canvas support for the Republican president, said, “there has been a remarkable shift in the support of the Sikh community towards Trump.”

“In 2016, not many members of our community were supporting Trump. This time, I feel that a majority of the Sikhs would vote for Trump,” he claimed, adding that there is a groundswell of support for Trump from the Sikh community. 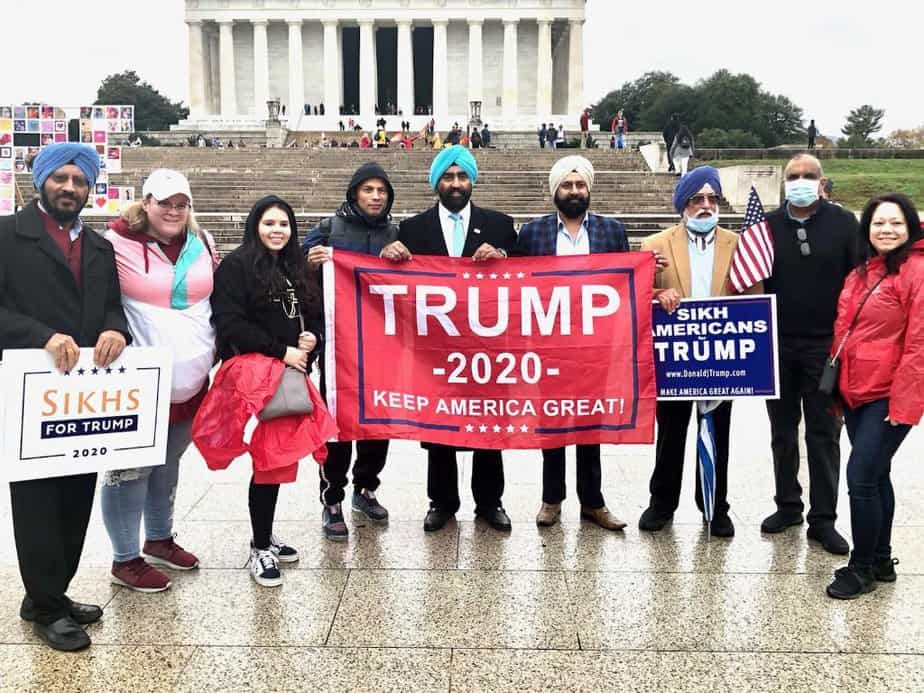 Singh, who is from Maryland, said that at a time when every vote matters, the Sikh community can play an important role in the re-election of the president.

Jaswinder Singh Jassi, president of Sikh Gurdwara Silvis in Illinois, said that Sikhs are supporting Trump this time in a big way because of the work that he has done for the small business community and his efforts to strengthen the India-US relationship.

Refuting allegations by Democrats that hate crimes against the Sikhs have spiked under the Trump administration, Dhaliwal said, “when somebody says hate crime. Ask them where they have seen it.”

Dhaliwal said that he has lived in America for almost 50 years and “I haven’t seen a hate crime. When we see something small happening to us, we try to push it as a hate crime.”

Incidentally, a white supremacist opened fire inside the Oak Creek gurdwara in Wisconsin, killing six people. A Sikh priest, who received injuries in the shootout that left him paralyzed, passed away later.