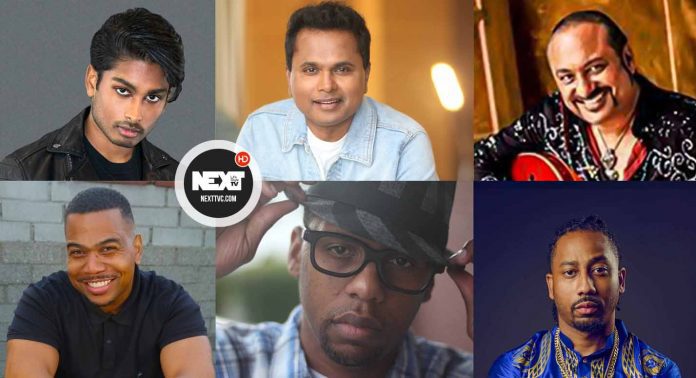 Indian born serial entrepreneur-Hollywood film producer Tel Ganesan, the driving force behind Kyyba Films, and the producer of Christmas Coupon, Celebrity Crush, Devil’s Night: Dawn of The Nain Rouge and now Trap City, has brought together singer-composer-performers The ATG, Leslee Lewis and rapper Omar Gooding in an amazing fusion number for his film, Trap City, starring Brandon T Jackson, a musical eyeopener on the abuse of power and how the common man is the real sufferer.

Director-lyricist Ricky Burchell expresses why the choice of The ATG-Leslee Lewis -Omar Gooding fusion fell in place. “The lyrics and the song of the song Entourage relate to what the main character Deshawn (Brandon T Jackson) is going through in the course of the film Trap City. When you become a celebrity, an entourage accompanies you. The music and performances have a very fun and exciting feel, more so as the character in this song is looking forward to some exciting ‘alone’ moments with his girl in the midst of this chaos.”

Composer-music producer ATG reflects on the mood of the song. “Entourage is a contemporary hip hop/pop song. The song is quite an eclectic array of different musical influences both vocally and production-wise. Despite the deceptive simplicity, the production is actually quite intricate as it continuously evolves. My deliberate choice was to make a club record, yet ensure the song is still rich in musicality. Leslee, Omar and I wanted to ensure an unabashedly fun listening experience.”

Musical genius Leslee Lewis avers that he learns with every song and the Hollywood number was another learning curve. “Tel Ganesan is totally clued in and is a creative producer in every sense. Director Ricky Burchell’s vision reflects in his communication and lyrics, while composer-music producer The ATG has got the groove and the rap portions effortlessly in place. The brief from the creative trio was as passionate as it was interesting and I felt very excited to be an integral part of Entourage.”

Omar Gooding feels the song is kind of biographical to him as a rap artiste. “I identify with the song totally because it represents the kind of life that I live. The collaboration with Leslee Lewis is something I enjoyed. Leslee Lewis and the Big O collab will be something the audiences will be looking out for as well!

Adds Ganesan, “It is a wonderful beginning of combining the East and the West. I am excited to be a part of the journey with such amazing artists and producing global fare for global audiences. It is a fulfilling and a fun-filled journey. I couldn’t have asked for more!”

“musically, the track is a fusion of many different genres from the vocals to the production. Leslee’s vocals were groovy and funky in a manner I would say is akin to classic disco records. In a similar vein, Omar definitely brought a very classic Californian flow and twang to the table. His vocals certainly have a gruffness to them but they still possess an air of fun to them. Leslee and Omar’s vocals are certainly distinct, but there is an undeniable synergy. Leslee’s smooth vocals combined with Omar’s powerful voice ensures a sure-fire hit.”

About Kyyba Films’ realistic musical Trap City. Brandon Jackson plays a young rapper working for a drug kingpin, and records a song that becomes viral. His fame intensifies because of his crime, but after an attempt on his life, he faces the choice of going to prison and destroying his career or to face the dangerous situation of testifying against a dangerous crime boss who will not fail a second time. What Brandon Jackson does, decides his future in Trap City.