Housefull 4 has released and what is unmistakable is the kind of scale, size, and grandeur that it is carrying, especially when it comes to the period setting. The portion of the film that is set in the 1400s has a Baahubali feel to it with sets, locations, and VFX being amalgamated in a seamless fashion. While producer Sajid Nadiadwala has made sure that the fourth installment of his Housefull franchise lends a huge appeal for big-screen viewing, the film’s leading actor Akshay Kumar has made sure that as a superstar, he adds on to all the fun and action out there.

We get talking to Akshay Kumar in this exclusive conversation.

While Housefull as a franchise is known for its comedy, this time around there is ample dose of drama and action in there too. Guess a new experience for you this time with Housefull 4?
Well you all know, it’s my very first time where I am entering a period set up, so the scale of what we are doing is bigger than what I have ever encountered in my career, especially in a comedy. The drama is as much fun as the comedy and the action is as funny as the drama. It’s a complete all-round enthusiastic movie of madness, nothing serious though. We just want you to sit back and enjoy what is about to unfold, and in the process experience our joy for this film.

The film has been tagged as a Sajid Nadiadwala franchise. Looks like the filmmaker has gone all out to be make the fourth part the biggest and the best?
My friend, the incredible filmmaker Mr. Sajid Nadiadwala, has gone to lengths that I have never seen before, which has made us all want to give our 200% more. When I walked on to some of the sets, I was completely mesmerized. The artwork and attention to detail is just out of this world. He may be one of my oldest dearest friends, but I am so proud of the dedication and conviction with how he has conducted this film and his faith in his vision & his artists. He deserves so much credit for making something like this to such huge extent.

In fact, 2019 is set to close with you bringing in the most moolah for the industry when compared to all other superstars as Housefull 4 would now be followed by Good News after a whopping Kesari & Mission Mangal. Ordered your champagne already?
Never! My idea of a celebration is to whisk my family away on holiday and pamper them for all their patience and support. Like I said, never stop giving, be it your time, effort, money or expertise, for God has given me so much. I cannot waste a second celebrating me. There’s nothing in a bottle that’s going to make me feel more alive than ever.

Deshmukh gets to be his quirky self and also pulls in several laughs, but most of the supporting cast, as also the leading ladies, are just reduced to pointless cardboard additions to the film.

The gorgeous diva was making heads turn with her divine looking outfit and sultry looks. Shruti Haasan was clicked by the shutterbugs in her...
Read more 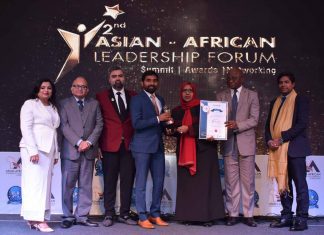