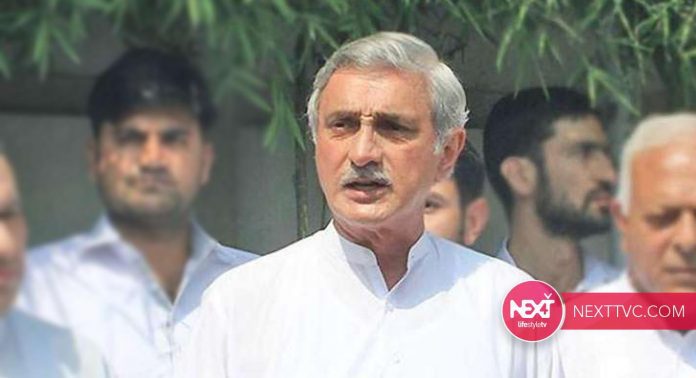 ISLAMABAD: Prime Minister Imran Khan feels betrayed by once his closest aide Jehangir Tareen, who, despite having been disqualified by the apex court, was given the informal role of deputy prime minister to help the PTI government deliver.

The latest reshuffle in the cabinet and bureaucracy, these sources said, is a clear message for all and sundry both within the PTI and in the government that Jehangir Tareen is out and so is his influence. With these changes, the PTI Jehangir Tareen group meets its end.

Jehangir Tareen was given immense power, informally, to reform the agriculture sector, his choice men were appointed in the cabinet as well as in the bureaucracy both in the Centre and in the Punjab. But, it all ended up not only in failures but caused major scandals of wheat and sugar.

Informed sources close to the PM said that Jehangir Tareen has thoroughly disappointed Imran Khan, who now thinks that he had bet on a wrong horse.

Sources said that PM’s Adviser on Establishment Shahzad Arbab has been removed for being Jehangir Tareen’s man. Razak Dawood is not considered as “part of the gang” but the prime minister is of the view that he had let the things happen to the advantage of sugar mafia.

Khurso Bakhtyar and his younger brother, who is finance minister in Punjab, are found to have no role in sugar scam. While Khusro used to leave the cabinet and ECC meetings, which discussed issues on sugar, his younger brother and Punjab finance minister had opposed in writing the proposal for giving Rs3 billion subsidy to sugar mill owners. Despite his opposition, Punjab chief minister approved the subsidy for sugar producers.

Many may think that what happened on Monday is the climax. But sources confided with The News that a lot will happen after April 25 when the Sugar Commission will submit its report on how the sugar mafia operates. There will be criminal proceedings, possible arrests and institutional actions by FBR, SECP etc.

Of late Prime Minister Imran has been conveyed by the sugar mafia that there would be a serious sugar crisis in the country if the Sugar Commission’s ongoing probe is not stopped forthwith.

The premier, however, instead of being browbeaten by the sugar mafia, has decided to take the bull by the horns.

On May 7 last year, The News had published a story titled – Jehangir Tareen emerges as de facto deputy PM – which revealed how Tareen had become a regular feature of the PM Secretariat. Not only that he was leading a team of experts, which worked in the background and was advising Prime Minister Imran Khan on major issues of economy and reforms but he was also co-chairing most of the meetings convened by PM’s Adviser on Establishment Arbab Shahzad.

Such has the frequency of Tareen’s attendance of meetings called by PM’s Reforms Team and Arbab Shahzad that the Adviser on Establishment appeared to be acting like a decoy for Tareen.

Dr Hafeez Shaikh was the choice of Tareen and so was Shabbar Zaidi, who was made FBR chairman. A few days before the abrupt sacking of Asad Umar as finance minister by the prime minister during his recent reshuffle in the cabinet, Jehangir Tareen in a television talk show expressed his dissatisfaction over the economic policies of the government and subtly targeted Asad Umar for his indecisiveness. Tareen’s remarks raised many eyebrows both within the PTI and outside.

For being an expert on agriculture, the prime minister allowed him to reform the agriculture sector and run it as per his wishes. He was given free hand not only at the Centre but in Punjab as well.

So at the Centre and in the Punjab, Tareen was all in all in agriculture sector, which included food departments, livestock and irrigation. Again it was PM IK’s trust in Tareen that he had invited him even in a cabinet meeting to brief it on the subject of agriculture.

Again it was IK’s trust in Tareen that the former leave it the latter to conceive and launch PTI government’s ambitious Rs309 billion worth Agriculture Emergency Programme to boost local production, reduce dependence on imports, improve lives of poor farmers and lead the country towards sustainable development.

Last year, the programme was announced at a joint press conference by Jenhangir Tareen and Federal Minister for National Food Security and Research, Sahibzada Muhammad Mehboob Sultan. The provincial agriculture ministers of Punjab, Balochistan and Khyber Pakhtunkhwa were also present on the occasion.

The food minister had said in the press conference that Jahangir Khan Tareen had made a lot of efforts to formulate agriculture emergency programme, which was focused on increased productivity of major crops including wheat, rice, cotton, sugarcane and oil seed. He added that Tareen had taken all the provinces on board and held several meetings with them and formed working groups in order to finalise the programme.