What Trump expected millions were only one lac Indians in attendance to listen to the speech of US President at the world's largest stadium in Ahmedabad. But spectators started leaving rally as soon as Trump started praising Pakistan.

USA President Donald Trump said that the United States has a ‘very good relationship’ with Pakistan and looks forward to reducing tension in the region with the support of two countries.

“US and India are committed to stopping terrorists and fight their ideology. For this reason, since taking office, my administration is working in a very positive way with Pakistan to crack down on terrorist organizations and militants which operate on the Pakistani border,” said Trump.

“Our relationship with Pakistan is a very good one. Thanks to these efforts, we are beginning to see signs of big progress with Pakistan and we are hopeful for reduced tensions, greater stability and the future of harmony for all of the nations of South Asia,” said Trump while addressing a whopping audience at Ahmedabad during his 36-hours visit to India.

Prez Trump said his adm is working with Pakistan in a “positive way” to “crackdown” on terrorist organisations operating within their country.
“Our relationship with Pakistan is a very good one, signs of progress with Pakistan…”: @realDonaldTrump #NamasteTrump#TrumpInIndia

Mention of Pakistan in positive words by President Trump during his trip to India, meant to reinforce ties between the two countries, irked more than 100,000 people in attendance to listen to the speech of USA President at the world’s largest stadium in Ahmedabad.

US President: The US & India are committed to working together to stop terrorists & to fight their ideology. For this reason, since taking office my admn is working in a very positive way with Pakistan to crack down on terror orgs & militants that operate on the Pakistani border. pic.twitter.com/ZkvRUIs7Bo

Pin drop silence in stadium when Trump talks of good relations with Pakistan. Many in the audience already leaving the stadium.

His goodwill statements for Pakistan in India made headlines in the Indian media. On the other hand, these statements seem to echo the calls of Pakistan’s Foreign Office made for President Trump urging him to put into action his mediation offer to solve the lingering Kashmir dispute between the two countries-India and Pakistan, ahead of his visit to India.

My administration have been working with Pakistan to eradicate terrorists operating from Pakistan on its border, Our relation with Pakistan is very good says US President @realDonaldTrump during his public address in Ahmedabad, India

Moreover, this also dampened India’s relentless vile campaign to brand Pakistan as a terrorist and violent country in the world.

Meanwhile, President Trump will reach Agra to visit the Taj Mahal with Melania Trump. They will later depart to New Delhi to have a bilateral meeting with PM Modi. The Trumps will depart for the United States on Tuesday night.

A crowded rally in Ahmedabad at Motera Stadium is likened to the ‘Howdy Modi’ event organized by Indian diaspora to welcome PM Modi at the USA that President Donald Trump graced as a guest and was accused of turning it into his election rally.

After a day of being snapped outside producer Nikhil Dwivedi's office, Shraddha Kapoor is all set to star in his trilogy based on the...
Read more
Bollywood

it can now be told. Yes, there will be a third season of Mirzapur, the Amazon Prime series that has broken all records among...
Read more
Entertainment 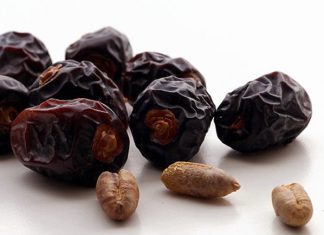 Sajjad Ahmed - January 15, 2020 0
The New research says it has found evidence that the Ajwa date from Madinah contains active elements useful in the prevention of diseases like...