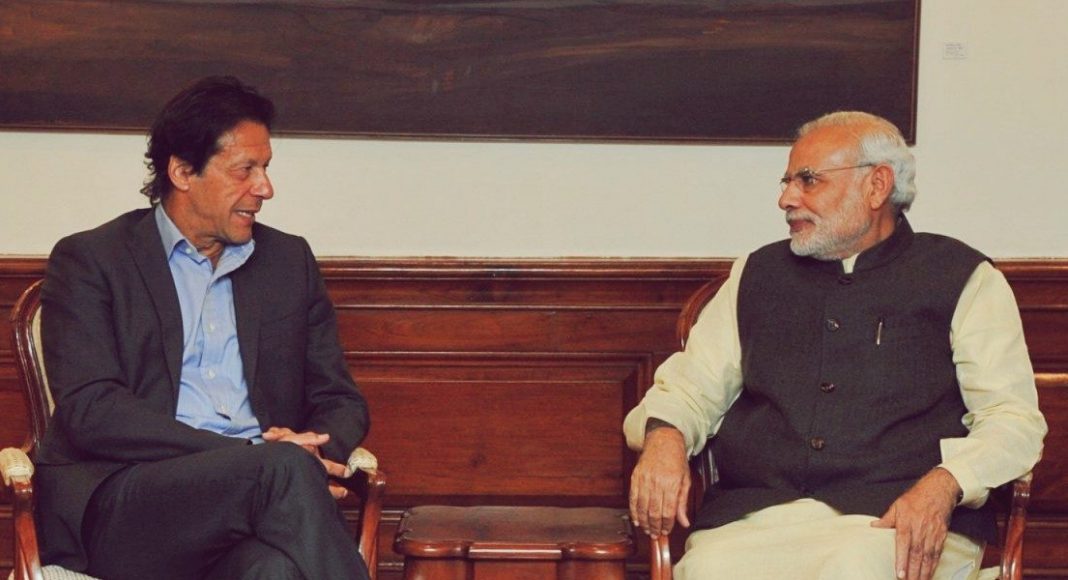 Islamabad has made a fresh offer to New Delhi to resolve issues through dialogue, with both Prime Minister Imran Khan and Foreign Minister Shah Mehmood Qureshi writing letters to their Indian counterparts stressing the need for peace in the region.Diplomatic sources on Friday said that the prime minister in his letter to Indian Prime Minister Narendra Modi again congratulated him on his second term in office, and called for finding a solution to the Kashmir dispute and other issues through talks.

PM Imran wrote that peace and prosperity in the region could only be achieved through peace and stability and it was necessary to work together for this purpose.
He added that mutual respect was imperative for regional development and negotiations were the only way to overcome poverty and other challenges faced by both countries.Also, Foreign Minister Shah Mehmood Qureshi wrote a letter to his Indian counterpart Subrahmanyam Jaishankar and congratulated him on assuming charge as the new external affairs minister.According to the sources, Qureshi told Jaishankar in the letter that Islamabad wanted talks with New Delhi on all important matters and remained committed to efforts for establishing peace in the region.

PM Imran had also congratulated the Indian premier in a telephonic conversation last month and reiterated his vision for peace and prosperity in South Asia.

“The PM [Imran] expressed his desire for both countries to work together for the betterment of their peoples,” foreign office spokesperson Dr Muhammad Faisal tweeted.

Earlier, PM Imran took to Twitter to congratulate Modi over his election victory on May 23 even before the final results were announced.Modi thanked him and insisted that he always gave primacy to peace in the region.The exchange of pleasantries between the two leaders was seen as sign of easing of tensions between the two neighbours.Some sources had predicted the possibility of a meeting between the prime ministers at the Shanghai Cooperation Organisation (SCO) in Kyrgyzstan on June 13-14 – an event both leaders are scheduled to attend.

However, India’s foreign ministry spokesman Rajeev Kumar said on Thursday that there was no bilateral meeting planned between the prime ministers of India and Pakistan at the summit.Last month, the foreign ministers of the two South Asian neighbours shook hands with each other on the sidelines of the SCO Council of Foreign Ministers meeting in Kyrgyzstan’s capital Bishkek, signalling de-escalation in tensions flared up following the Pulwama incident in February.

Sajjad Ahmed - March 17, 2021 0
Earlier this year in January, Pakistan had extended the deadline for TAI to deliver 30 T129 attack helicopters by 12 months. Now Pakistan has extended...