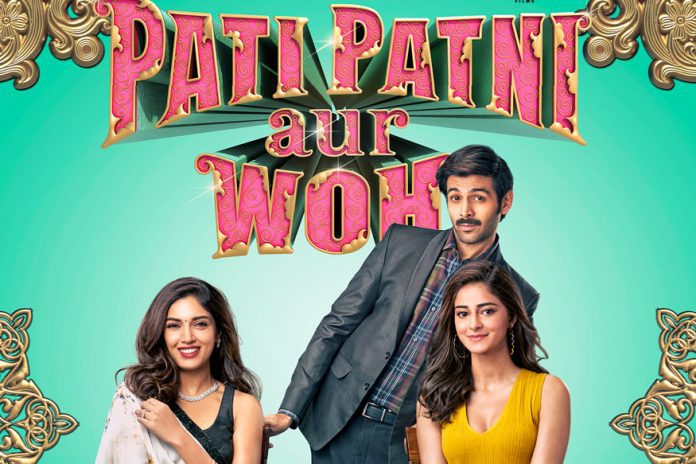 we can see Bhumi getting all dressed up for the song and shaking leg with her co-star Kartik Aaryan. From getting the chemistry correct to doing the perfect steps, everything is shown in the video.

Bhumi Pednekar is currently soaring high on the success of her latest released film Bala also starring Ayushmann Khurrana and Yami Gautam. The actress had played the role of a dark-skinned girl, Nikita. Besides Bala, the actress is all geared up for the release of her next, Pati Patni Aur Woh also starring Kartik Aaryan and Ananya Panday. After receiving an amazing response for the trailer of the movie, the makers had released it’s first song Dheeme Dheem which is currently at the top of the chartbusters.

Today, Bhumi Pednekar took to Instagram and shared a BTS video of Dheeme Dheeme. She wrote, “Dheeme Dheeme (Behind the Scenes) Chintu Tyagi dheemedheeme ,patipatniaurwoh,vedikatripathi.” In the video, we can see Bhumi getting all dressed up for the song and shaking leg with her co-star Kartik Aaryan. From getting the chemistry correct to doing the perfect steps, everything is shown in the video. The song is sung by Neha Kakkar and Tony Kakkar and is composed by Tanishk Bagchi. The Dheeme Dheeme challenge has already created a buzz all over social media. Kartik, Ananya and Bhumi have been sharing the videos of the challenge performed by their fans on their Instagram stories.

Directed by Mudassar Aziz and produced by Renu Ravi Chopra, Pati Patni Aur Woh is a remake of the 1978 film of the same name, which starred Sanjeev Kumar, Vidya Sinha and Ranjeeta Kaur and was directed by B.R.Chopra. Kartik Aaryan will be playing the role of Chintu Tyagi (Pati), Bhumi Pednekar will be playing the character of Vedika Tyagi (Patni) and Ananya Panday will be donning the role of Tapasya Singh (Woh). The movie is all set to hit theaters on 6th December 2019 clashing with Ashutosh Gowariker’s Panipat starring Arjun Kapoor, Sanjay Dutt and Kriti Sanon.