Turkey is for now still intent on running and guarding Kabul airport after other foreign troops withdraw from Afghanistan, but is monitoring the situation after rapid advances by Taliban insurgents, two Turkish officials said.

Taliban fighters took control of another city in northern Afghanistan on Wednesday, the eighth provincial capital to fall to the Islamist militants in six days, as US-led foreign forces complete their withdrawal.

Turkey has offered to deploy companies at Kabul airport after NATO withdraws and has held talks with the United States for weeks. President Tayyip Erdogan has asked it to meet financial, logistical, and diplomatic conditions.

control of Kabul Airport. The talks and the process are continuing,”
a senior Turkish official told Reuters.

“Work is continuing on the basis that the transfer will happen, but of course the situation in Afghanistan is being followed closely,” he said.

The Taliban have warned Turkey against keeping troops in Afghanistan to guard the airport but Ankara has maintained its stance. 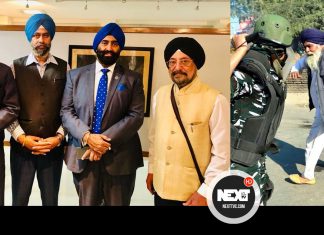 Umar John - December 3, 2020 0
Washington D.C.: The farmer's movement started by the farmers of Punjab in India is getting support from states like Haryana, UP, Rajasthan, and Madhya...